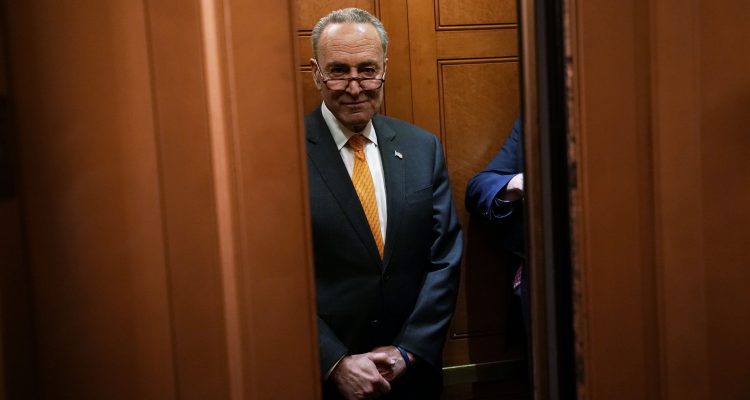 Senate Democrats — including Raphael Warnock, Mark Kelly and Catherine Cortez Masto — lined up to unanimously support a $700 billion tax hike during a recession. The job-killing reconciliation bill does nothing to fix the inflation crisis Democrats’ previous reckless spending sprees created.

Tax Foundation: Last-week’s Democrat-sponsored Inflation Reduction Act (IRA), successor to the House-passed Build Back Better Act of late 2021, has been touted by President Biden to, among other things, help reduce the country’s crippling inflation. Using the Tax Foundation’s General Equilibrium Model, we estimate that the Inflation Reduction Act would reduce long-run economic output by about 0.1 percent and eliminate about 30,000 full-time equivalent jobs in the United States. It would also reduce average after-tax incomes for taxpayers across every income quintile over the long run.

By reducing long-run economic growth, this bill may actually worsen inflation by constraining the productive capacity of the economy.

Additionally, the bill spends $80 billion to double the size of the IRS. Data shows working-class Americans are much more likely to be audited, and less than 10 percent of the revenue raised is predicted to come from taxpayers earning more than $500,000.

AP: GOP lawmakers decry the plan and depict a larger IRS as a means to harass constituents.

“In a time of inflation, Democrats also want to spend $80 billion to roughly double the size of the IRS so they can take more money out of the American people through harassment and audits, using taxpayer money to make taxpayers’ lives worse,” Senate Republican leader Mitch McConnell said on the Senate floor Thursday.

“I think it’s terrible for them to want to weaponize the Internal Revenue Service, to supersize it in an effort to go after, you know, families and farmers and small businesses and try to raise more money,” said Sen. John Barrasso, R-Wyo. “It’s basically a shakedown operation.”

Bottom Line: Democrats’ are paying for more reckless spending with a massive middle-class tax hike and an army of new IRS agents.