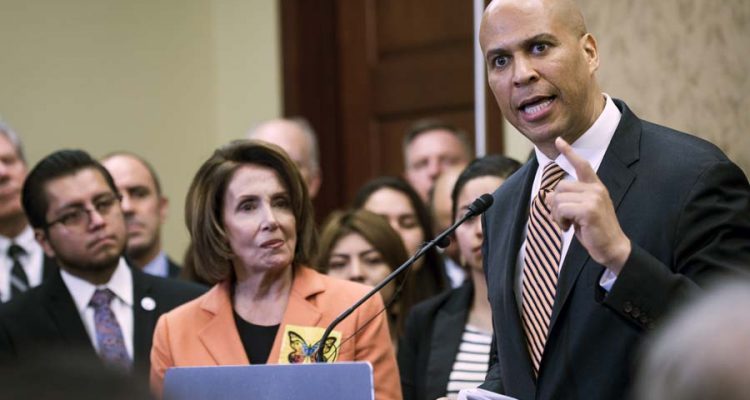 Yesterday, Democrat Senator and 2020 hopeful Cory Booker echoed Nancy Pelosi’s rhetoric by stating that the bonuses companies are giving out as a result of the GOP tax reform bill are just “crumbs:”

“Again, compare those numbers,” he asserted. “Who’s getting the most? We’re getting crumbs and, by the way…those people who might have gotten $1,000 as a bonus, remember, it’s not free money. It’s coming with the cost of driving up our debt.”

This morning Fox News host, Charles Payne criticized his comments and explained the benefit that tax reform is having across the country.

Democrats’ attempt to downplay the positive impact of tax reform isn’t resonating, as roughly 500 companies have announced bonuses for workers because of the new law. This is another reminder that Democrats like Booker and Pelosi are out- of-touch with most Americans.