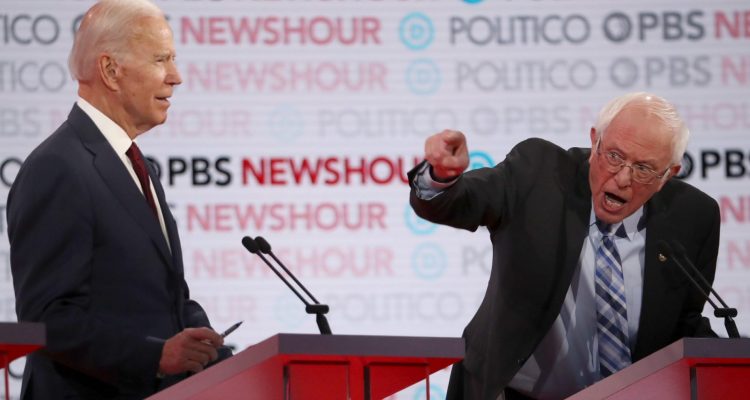 Democrats are “almost guaranteed to lose their majority” in the House this November, but that has not stopped party insiders from burning record amounts of cash on bitter primary battles. Liberal Super PACs and other outside organizations have spent more than $50 million on a “Dem civil war” with four months still to go on the primary calendar.

Politico: With progressive candidates seemingly buried by a mountain of super PAC cash, the left’s top elected leaders rushed to their defense this week. The question is whether it was in time. . . For the Democratic Party’s left flank, this month’s primaries come as a potential pivot point, after a series of losses dating back to Sanders’ presidential run in 2020. . .

The division — and “resentment” — goes all the way to the top. Progressives are “growing tired” of Joe Biden’s endorsements against certain Bernie Sanders-aligned candidates in key primaries.

The Hill: When President Biden jumped into an Ohio congressional race to offer a surprise endorsement, progressives weren’t pleased. . . And frustration is mounting. In recent weeks, a fear has caught hold on the left that the more Biden gets involved, the less likely the chances to grow progressive membership on Capitol Hill.

Establishment Democrats have also fumed at their party’s leadership. Kurt Schrader — an Oregon Democrat who faces a challenge from the left — allegedly called Nancy Pelosi a “truly terrible person” for caving to progressives during negotiations over Build Back Better.

The release of a new possible congressional map for the state of New York is only going to intensify this internal Democrat battle. Reps. Jerry Nadler and Carolyn Maloney are set to face off if both decide to run. Additionally, progressive firebrands Mondaire Jones and Jamaal Bowman could go head to head in the proposed 16th district.

Bottom Line: Bitter primary battles are costing Democrats tens of millions of dollars and creating deep divisions in the party leading up to November’s midterm elections.