Even Democrats Are Saying No To Joe Biden’s Vaccine Mandate 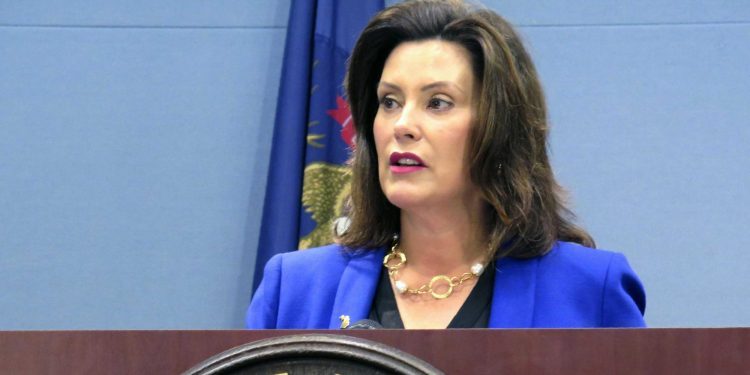 Joe Biden’s vaccine mandate is facing opposition on every front – including from prominent members of his own party – for its burdensome overreach and negative economic impact.

Detroit Free Press: “‘We’re an employer too, the state of Michigan is,’ Whitmer was reported as saying. ‘I know if that mandate happens, we’re going to lose state employees. That’s why I haven’t proposed a mandate at the state level. Some states have. We have not, we’re waiting to see what happens in court.’

“‘But we have a lot of the same concerns that you just voiced and it’s going to be a problem for all of us,’ Whitmer added.”

Business Insider: “‘While I appreciate the intention to keep people safe, a goal I share, I don’t believe this directive is the correct, or most effective, solution for Kansas,’ Kelly said in a Friday statement on Twitter.

“‘States have been leading the fight against COVID-19 from the start of the pandemic. It is too late to impost a federal standard now that we have already developed systems and strategies that are tailored for our specific needs,’ Kelly continued.”

“‘I have long said we should incentivize, not penalize, private employers whose responsibility it is to protect their employees from COVID-19,’ he added.”

Washington Times: “‘Over the past few months, I’ve repeatedly heard concerns from Montana’s small business and community leaders about the negative effect the private business vaccine mandate will have on their bottom lines and our state’s economy,’ Mr. Tester said. ‘That’s why I intend to join a bipartisan majority of my colleagues in defending Montana jobs and small businesses against these burdensome regulations.’

“Mr. Tester said he plans to vote in favor of a Senate resolution later this week overturning the mandate using the Congressional Review Act. The oversight tool allows lawmakers to repudiate a federal regulation by a simple majority vote in each house of Congress.”

Democrats’ opposition comes as a federal judge blocked Biden from imposing a vaccine mandate on employees of federal contractors Tuesday. Meanwhile, the White House is sticking to their guns, saying “we are confident in our ability, legally, to make these happen across the country” and threatening to veto legislation that would overturn a vaccine mandate on private employers with 100 or more employees.

Whitney Robertson, America Rising PAC Press Secretary: “Joe Biden’s failed agenda created the economic hardship Americans are facing right now, and a vaccine mandate would only further exacerbate the problem. Even notable members of his own party are refusing to sign their names to such a terrible idea.”