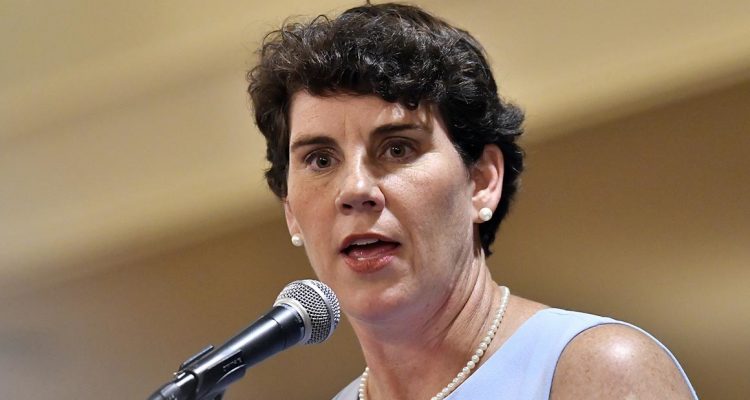 Amy McGrath was a failed 2018 House candidate in the best year for House Democrats in over a decade, and now she’s running against Mitch McConnell for the U.S. Senate. Her campaign needed to be flawless to have a chance. Twenty-four hours in, that dream is over.

McGrath, who is dependent on raising money from out of state progressives, embraced Supreme Court Justice Brett Kavanaugh by saying she would have voted for his confirmation.

Courier-Journal: So you would have voted for him to be on the Supreme Court?

McGrath: You know, I think that with Judge Kavanaugh, yeah, I probably would have voted for him.

Hours later, McGrath flip-flopped to say that she opposed Kavanaugh’s nomination after “reflection and further understanding of his record.” McGrath’s apology came across as craven and purely political given the fact that she opposed Kavanaugh’s nomination in 2018 while in the House. She ended the apology by saying her “priority is defeating Mitch McConnell,” which is a subtle admission that she will say anything to try to get elected.

McConnell’s team followed up the McGrath flip-flop by making sure that the out of state progressive donors who will undoubtedly have to float McGrath’s campaign knew that they could ask for their money back from Act Blue.

Mitch McConnell has spent the past two years as Senate Majority Leader relentlessly filling open judicial appointments across the country. Astonishingly, McGrath was not prepared to answer a question about judicial appointments, especially one about Brett Kavanaugh, upon entering the race.

Assuredly after McGrath’s terrible roll out, other Democrats in the state will be looking to enter a primary against her. It’s something Chuck Schumer is dreading.