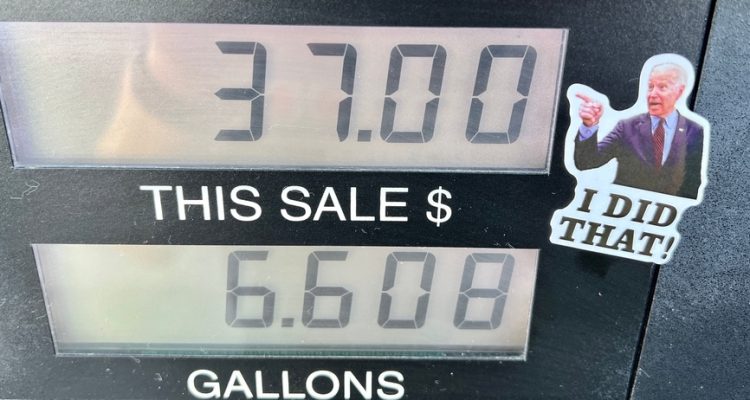 The national average price for a gallon of gas has risen for seven days in a row to $3.74. Drivers in several states have seen the average price climb to more than $5 per gallon.

Forbes: Gas is the most expensive in California, where a gallon costs $5.88 on average—up from $5.46 last week, according to AAA data.

Prices have remained extremely high despite the Biden-Harris administration’s politically motivated depletion of the Strategic Petroleum Reserve. The nationwide average for a gallon of gas was 36 percent cheaper — just $2.39 — when Democrats took control of the White House and Congress.

Rising prices for gasoline and other necessities like groceries, housing and electricity are taking a heavy toll on working Americans’ financial situations. Most workers say their wages are not keeping up with rising costs, and many are dipping into emergency savings or racking up credit card debt to keep up with bills.

CNN: There is growing evidence that Americans are struggling to keep up with crushing inflation.

Nearly three in four (71%) employees say the cost of living is outpacing their salary and wages, according to a Bank of America-sponsored survey shared first with CNN on Tuesday. That’s up from 58% in February. . . The Bank of America survey found that despite being employed, 62% of workers are stressed about their finances.

The percentage of employees who feel financially well off dropped to 44% in the Bank of America survey. That’s the lowest level in five years and significantly below February’s level of 57%.