Illinois Policy Institute: What Illinoisans Need to Know About the Progressive Income Tax 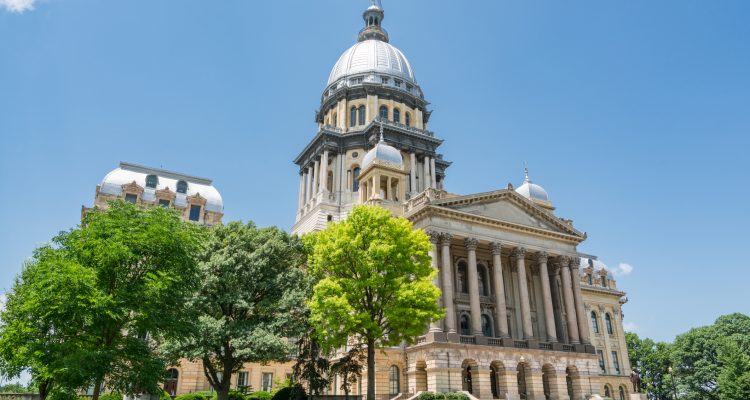 Illinoisans will have the opportunity to vote on a state constitutional amendment in November 2020 as a question of whether to implement a progressive state tax will be included on the ballot. The proposal has been a centerpiece of Governor J.B. Pritzker’s agenda since the extra money raised will be needed to pay for all of his out-of-control liberal campaign promises.

The Illinois Policy Institute wrote a handy breakdown of the progressive tax, and how it will impact Illinois families. The article includes information on how taxes will rise if the progressive tax is passed into law, and how the Governor’s rhetoric on property tax relief is more fiction than fact.

WHAT ILLINOISANS NEED TO KNOW ABOUT THE PROGRESSIVE INCOME TAX

Gov. J.B. Pritzker calls his $3.4 billion income tax hike a “fair tax.” But opponents have criticized the constitutional amendment as a blank check for House Speaker Mike Madigan and other state lawmakers, courtesy of Illinois taxpayers.

In November 2020, Illinoisans will get an extremely rare opportunity to change the Illinois Constitution as well as decide how they are taxed.

Those things will be wrapped up in a ballot question about adopting a progressive state income tax, where rates rise with income.

Should voters approve the referendum, Gov. J.B. Pritzker has already signed into law the new rate structure that would take effect. It is a $3.4 billion tax hike on individual taxpayers and businesses in Illinois.

But during debates about the amendment, several lawmakers suggested the progressive income tax proposal didn’t go far enough in raising rates. One suggested tax rates in excess of 10%. Pritzker has made more than $10 billion in spending promises from the tax, even though he only projects $3.4 billion in revenue from it.

These calls for even higher rates – and state politicians’ habit of breaking tax promises– have fueled fears that the “fair tax” amendment is simply a blank check for Springfield, courtesy of middle-class taxpayers.

Here’s what Illinoisans need to know about the progressive income tax proposal.