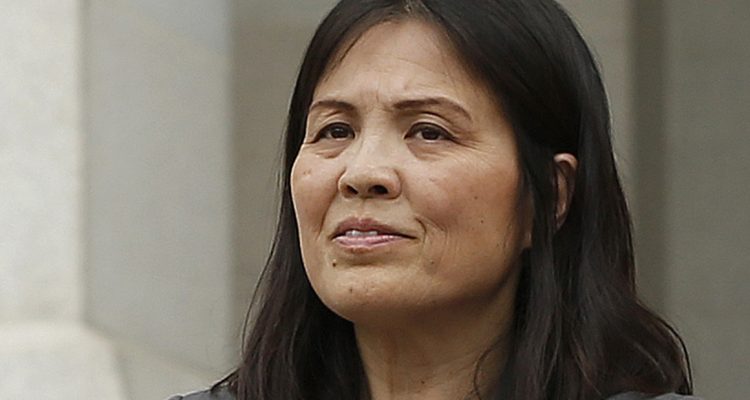 Joe Biden nominated Julie Su to serve as Deputy Labor Secretary and she has her confirmation hearing in the U.S. Senate tomorrow.

Su currently runs California’s Department of Labor, which recently admitted to paying out $11 billion in fraudulent jobless claims since the pandemic began in March 2020. That number could climb as high as $31 billion.

ABC 7: “In an EDD conference call, Julie Su, secretary for the California Labor and Workforce Development Agency said, ‘Of the 114 billion dollars in unemployment paid by California since March, approximately 10% has been confirmed as fraudulent. An additional 17% of the paid claims have been identified as potentially fraudulent.’”

A California state auditor warned the Department of Labor in March 2019 to stop sending out letters with social security numbers printed on them as the letters became prime targets for criminals. The Department, led by Su, did not stop and ultimately sent over 38 million pieces of mail with social security numbers on them with many of those letters being sent to the wrong recipient.

ABC 30: “The Employment Development Department continued mailing forms without concealing sensitive information despite being told a year ago to stop the practice, California Auditor Elaine Howle said in a letter to Gov. Gavin Newsom…

“…The surge in unemployment claims since spring, when the COVID-19 outbreak accelerated and more people lost work, ‘has further revealed the dangers of EDD’s practices,’ Howle wrote.”

Su’s failures at the Department of Labor haven’t just hurt the state’s finances and rewarded criminals. They have also hurt small businesses that have already been struggling during the pandemic.

Business owners have been receiving tax bills from the state that reflect taxes they supposedly owe as a result of employees they never employed, but ones that claimed to work there so they could fraudulently claim unemployment benefits.

ABC 10: “Gary Clough, a general contractor from Valley Springs, recently got a bill from the EDD saying he owed over $6,700 in taxes for employees he had working for him from April through June of 2020. The problem? Clough says he’s been working alone since before the pandemic began.”

Joe Gierut, Communications Director for America Rising PAC: “Julie Su’s actions resulted in the most catastrophic fraud on California taxpayers in the state’s history. With full knowledge of her failed record, Joe Biden wants to promote her to a position at a federal agency that oversees thirty department subdivisions.”