Ketanji Brown Jackson Will Be A Liability for Senate Democrats 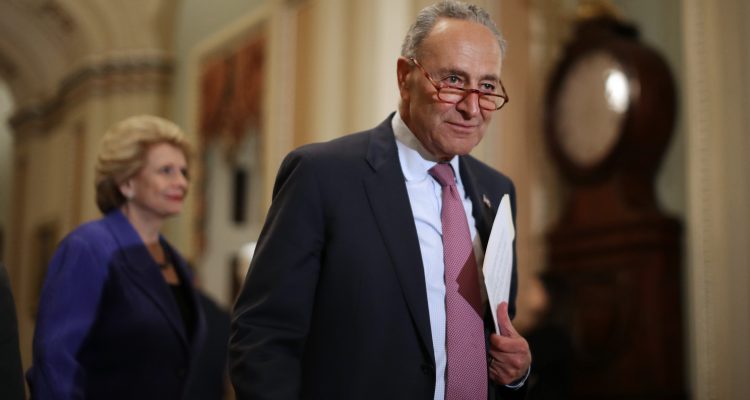 As the vote to confirm Judge Ketanji Brown Jackson quickly approaches, her record of handing down lenient sentences to criminals charged with horrific crimes involving children has become a liability for Senate Democrats. In eight out of eight child pornography cases she oversaw, Jackson sentenced the offender below what was recommended by prosecutors and federal guidelines.

Democrats are already perceived by many Americans as being soft on crime. A recent focus group conducted on partisan Democrats revealed significant concerns about inflation and crime, with crime being noted as a topic that was “impossible to ignore how much it came up.”

Endorsing Judge Jackson’s record of letting child predators off with a slap on the wrist, including one instance of sentencing an offender to only three months who immediately began seeking out images of 13-16 year olds after his release, will only reinforce that perception.

Senate Democrats were quick to dismiss criticisms of Judge Jackson’s soft-on-crime record as “bullshit,” “just politics,” and “beyond the pale,” while also downplaying the criticisms because of who raised the issue.

Politico: “‘I think it’s bullshit. Look at the source,’ said the Montana Democrat [Jon Tester], referring to Sen. Josh Hawley (R-Mo.), who first raised the issue of Jackson’s child pornography sentencing record. Coming from someone else, Tester said ‘it may have more credibility. The guy’s running for president, and he says outlandish things.'”

Politico: “Sen. Mark Kelly (D-Ariz.) said he was ‘impressed with her testimony so far’ and added that the depiction of Jackson as too lenient in sentencing is ‘just politics.'”

National Review: “‘What we saw though this week was, to me, outrageous and beyond the pale and very different than what I’ve witnessed in my short time in the Senate seeing three different confirmation hearings and I think that what some of my colleagues did was just sad frankly,’ [Cory Booker] said.”

Democrats then blocked a bill from Sen. Josh Hawley that would enhance the penalties for possessing child pornography and prevent judges from issuing sentences below federal guidelines.

Bottom line: Democrats have a soft-on-crime problem, and their dismissal of Ketanji Brown Jackson’s disturbing record further exemplifies how out of touch they are with the issues that matter most to Americans.