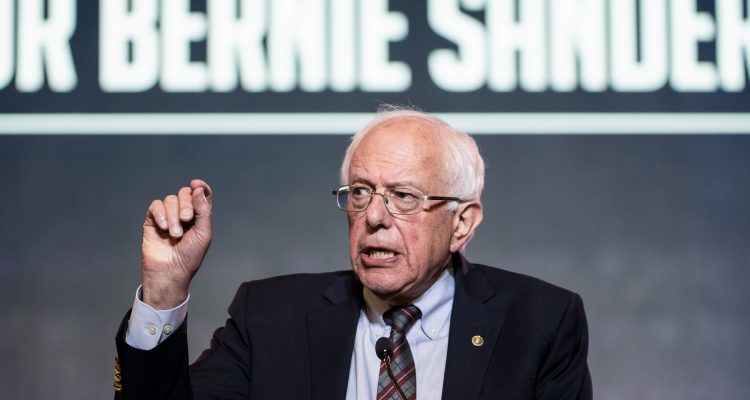 As highlighted by Axios today, Bernie Sanders is promoting an agenda that would “reorder or referee almost every part of American life.”

His big-government proposals would take control of everything from your health insurance via Medicare for All to your energy choices under the Green New Deal. With a multi-trillion dollar price tag, he’s already admitted that these plans will increase taxes not just on the rich, but middle-class families.

Axios listed out every aspect of American life that Bernie Sanders’ plans would control:

Your energy choices: His Green New Deal would spend $16 trillion to force you to stop using the energy mostly used today — oil, gas and nuclear. He promises cleaner power and air in return.

Your house and car: The Sanders government would pay to weatherize homes and small businesses, and to upgrade gas-powered cars for electric ones. He would mandate the end of conventional gas car manufacturing in a decade.

Your health insurance: He would eliminate private insurance and put you on a government plan more generous than Medicare. No more copays, deductibles or premiums, too.

Your current student debt: He would eliminate it for everyone.

Your kids’ college: Everyone gets free tuition at public universities, community colleges, trade schools and apprenticeship programs, too.

Your teachers: He will hire more teachers, pay them more, and fund better school supplies.

Your job: He promises full employment.

Your wage: He would guarantee you at least $15 per hour.

Your rich friends: They’ll be paying for much of this with a fat tax increase.

Your own taxes: Sanders has been vague on this one. But the total cost of just the programs listed above are $20 trillion-plus at the lowest possible end over a decade, excluding Medicare for All, which experts say could at least double the total.

This follows reports that national Democrats are panicking over their presidential candidates embracing radical policy proposals.

Sanders’ competitors are tripping over each other to support his agenda, pulling the entire field to the left and forcing them to get behind policies that most Americans reject.