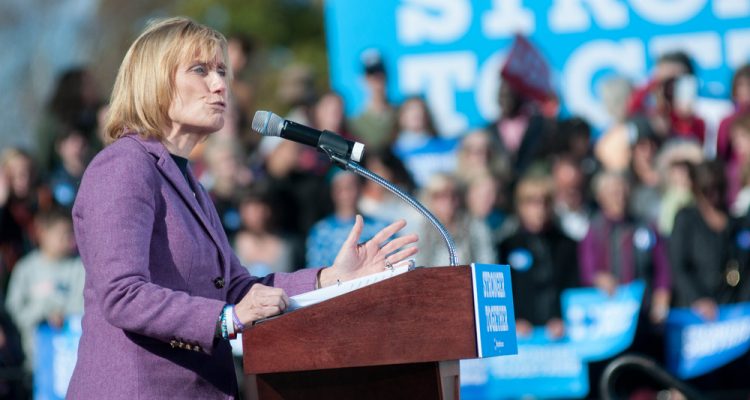 In the Senate, Maggie Hassan has been a loyal soldier for Joe Biden and Chuck Schumer. She voted the party line 96 percent of the time, opposing Joe Biden’s position just twice. She supported some of her party’s most radical proposals, including abolishing the filibuster — a flip flop — and allowing abortion on demand up until the moment of birth. Still, she claims to be “independent” and “bipartisan.”

Hassan cast decisive votes for Democrats’ top priorities, including the “Inflation Reduction Act” — which may actually increase inflation. The law includes new taxes that will raise the price of gasoline and funding to hire 87,000 new IRS agents that will target small-business owners and lower-income taxpayers with invasive audits.

New York Times: Lawrence H. Summers is one of those who say the stimulus bill the president signed in March gave too much of a boost to consumer spending, at a time when the supply-chain disruptions have made it hard for Americans to get their hands on the things they want to buy. Mr. Summers, who served in the Obama and Clinton administrations, says inflation now risks spiraling out of control and other Democratic economists agree there are risks.

“The original sin was an oversized American Rescue Plan. It contributed to both higher output but also higher prices,” said Jason Furman, a Harvard economist who chaired the White House Council of Economic Advisers under President Barack Obama.

Hassan’s attempts to distance herself from her party — always with words, not actions or votes — have been described as “gimmicky” and ineffective. Her failed push to suspend the gas tax, for example, would have had a negligible impact on gas prices while decimating the infrastructure bill.