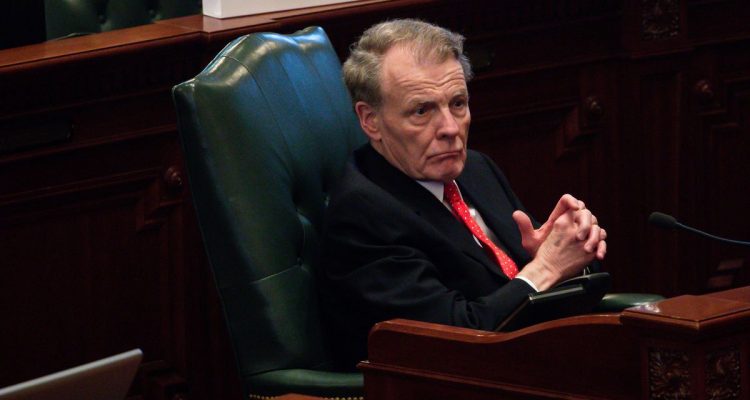 In both an in-depth column and editorial, The Chicago Tribune has exposed Michael Madigan and his henchmen for strong-arming at least 2,000 Illinoisans into committing perjury.

Chicago Tribune: “If you’d like to grab a scratch pad and try the computation yourself: Krupa, a 19-year-old college student, had zero realistic chance of knocking off Quinn, a trustworthy planet in Illinois House Speaker Michael Madigan’s orbit. The young challenger did his best. Krupa rounded up 1,729 voter signatures to get on the ballot in Madigan’s home ward, when he needed just 473 valid signatures to qualify. But the pro-Quinn team collected 2,796 signatures from ward residents withdrawing their alleged support of Krupa.”

Residents of the 13th Ward were constantly harassed by Madigan’s team, sometimes receiving three visits to their doors each day. One woman told reporters that she feared losing city services if she didn’t comply with their demands.

“In other words, they broke her, not in China, not in the old Soviet Union, but on the Southwest Side.”

In the end, the number of revocations made under distress far outnumbered the number of nominating signatures gathered by the target of Madigan’s machine.

“There were those 2,796 revocations vs. just 1,729 nominating signatures for Krupa. But in the end, only 187 affidavits of revocation were submitted by the Quinn camp that matched the names of people who originally signed for Krupa. That means as many as 2,600 people mistakenly or improperly signed documents pulling support from Krupa.”

If Madigan’s corrupt influence over local elections was to happen anywhere else in America, it would prompt national backlash from his party’s leadership. Unfortunately for Illinois, this is just business as usual.