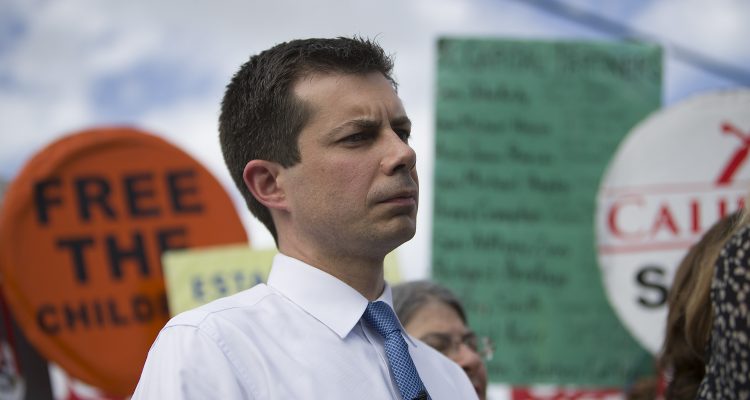 Despite campaigning on a platform far more liberal than President Barack Obama’s, Pete Buttigieg is often referred to as a “moderate” candidate. That characterization serves as a testament to how far left the Democratic Party has shifted since 2016.

Washington Times: “Still, Mr. Buttigieg, a former mayor of South Bend, Indiana, doesn’t stray far from Mr. Sanders’ agenda and tacks left on matters of liberal orthodoxy … Several times in recent weeks, Mr. Buttigieg pointedly declined to put any limits on abortion rights and said he would not try to fool pro-lifers into voting for him.”

From decriminalizing all drugs to restricting Second Amendment rights, Buttigieg has embraced radical positions on virtually every major issue. And while Bernie Sanders receives the majority of media coverage for his massive spending proposals, Buttigieg would increase both taxes and spending by at least $10 trillion.

Take Buttigieg’s evolution on Medicare For All, for example. In 2018, Buttigieg stated “I do favor Medicare for All,” but reversed course after announcing his presidential run by proposing “Medicare For All Who Want It.” That plan would still cost taxpayers trillions of dollars and relies on a “supercharged” version of the unconstitutional Obamacare individual mandate.

Bottom line: After a strong performance in Iowa, Pete Buttigieg is finding it more difficult to shroud his far-left agenda with a “moderate” label. Should he post a strong finish this week in New Hampshire, scrutiny on his massive spending proposals will only continue to increase.