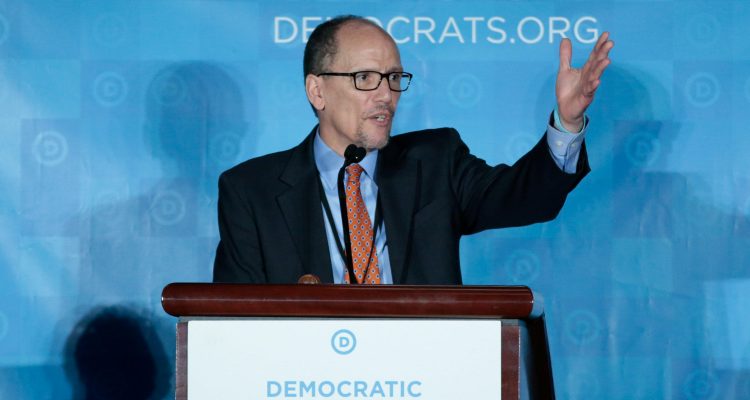 It’s putting it nicely to say Tom Perez’s tenure as DNC Chairman has been rocky. With the DNC’s fall meeting starting later this week, the last thing Perez needs is another big headache to deal with. Unfortunately, that’s exactly what he’s getting in the form of a FEC complaint from The Foundation for Accountability and Civic Trust (FACT), a nonpartisan watchdog group, alleging that Perez made “political donations that… were in violation of the law.”

First reported by Fox News, this complaint describes why Perez’s actions “opens the door for a new level of corruption in party elections”:

“’There is no doubt that at the time Chairman Perez donated or transferred the funds, he was an agent of the DNC, the funds were related to the DNC, and the DNC’s response to the donation demonstrates Perez was acting on the DNC’s behalf,’ the complaint read. ‘Allowing this behavior to go unpunished opens the door for a new level of corruption in party elections—offering campaign cash for support from former opponents. The Commission must immediately investigate and enforce the law.’”

Last week, over a dozen Democrats opened up to The Hill about what an awful job Perez was doing. This new complaint from FACT adds a whole new dimension of problems for Perez and the DNC.