Partisan Impeachment Inquiry is a Looming 'Disaster' for Leading 2020 Democrats 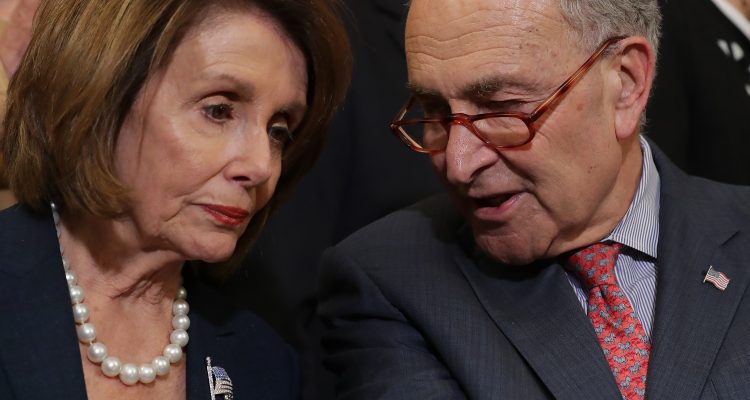 The implications of the Democrats’ obsession with impeaching President Trump go far beyond the political risk for their vulnerable House members. According to NPR, top operatives are sounding the alarm over leading Democratic presidential candidates who currently serve in the Senate being “sidelined” by a potential impeachment trial in January.

“Even if a Trump trial only lasts a few weeks, it will still effectively freeze campaigning for Warren, Harris, Booker, Bernie Sanders, Amy Klobuchar and Michael Bennet.”

As NPR notes, if Nancy Pelosi’s timeline holds up, the Senate trial would take place during the weeks leading up to the crucial Iowa caucuses.

“So what will the six candidates/jurors do if the House does impeach Trump and trigger a trial between now and the caucuses? No campaign has come up with a clear solution yet — at least not one they’ll share publicly.”

The impeachment issue has been further complicated for 2020 contenders by the outcome of a recently-passed House resolution, which received bipartisan opposition after two Democrats voted against it. They both issued statements slamming the “partisan” nature of their party’s impeachment strategy while questioning the lack of transparency in the process.

As President Trump delivers on his promises and the economy continues to grow, Democrats are holding the most significant trade deal in a generation hostage while they try to undo the 2016 election. On virtually every front, their partisan impeachment effort is backfiring.