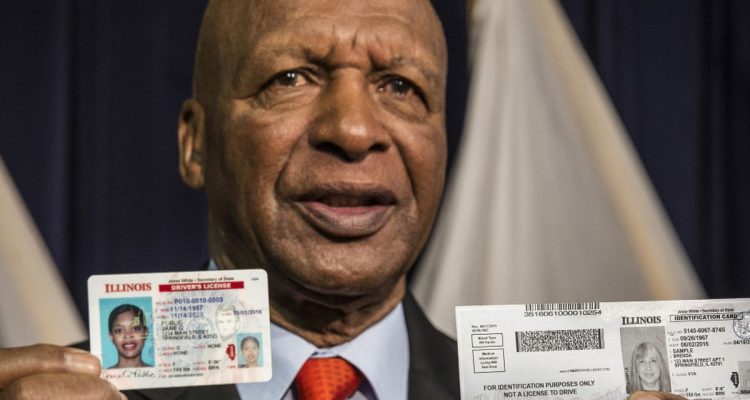 Illinois Secretary of State Jesse White has confirmed that hundreds of illegal immigrants who were “inadvertently” registered to vote may have voted illegally in the 2018 midterm election.

WCIA: “It remains unclear how many of the 574 people impacted may have actually cast a ballot in 2018, in part, because state employees at the elections board couldn’t be reached on a state holiday. A spokesman for the agency expects to have a more specific answer on Tuesday. Non-citizens who vote in American elections can face swift consequences, including immediate deportation.”

In Illinois, Democrats have implemented policies that enable immigrants who are not citizens to obtain a driver’s license or state identification. These policies, combined with a “programming error” in the state’s automatic voter registration process, added 574 illegal immigrants to the voter rolls.

Now that Democrats have confirmed that potentially hundreds of illegal votes were cast, House Republicans are calling for Secretary of State Jesse White to testify before investigative hearings. In 2018, these illegal votes could have impacted the results of several close elections, including the Macon County Sheriff’s race that was decided by one vote.

Prior to this disaster, Illinois Democrats were already reeling from recently released e-mails that revealed one of House Speaker Michael Madigan’s closest allies rewarded a state employee for remaining silent about a rape. These scandals, combined with a federal corruption probe into Madigan’s political operation, are further evidence that Illinois Democrats cannot be trusted to govern.