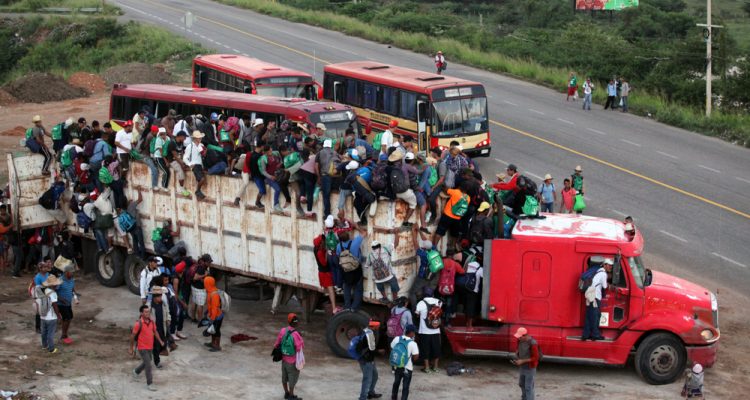 Record-breaking numbers of migrants have been arrested at the southern border, but hundreds of thousands have evaded overwhelmed border patrol agents. “Gotaways” are migrants that border officials see, but are unable to apprehend for various reasons, including lack of staff and resources from the Biden-Harris administration.

Fox News: The U.S.-Mexico border has had more than half a million known “gotaways” sneak across into the U.S. since fiscal year 2022 began on October 1, Fox News has learned. . .

That number has already eclipsed the 389,155 known​ gotaways that DHS Secretary Alejandro Mayorkas previously testified there were in all of FY’21.

There has been an average of over 55,000 known gotaways per month​ in FY’22, according to the DHS sources.

The stunning surge of illegal immigration is a result of the Biden-Harris administration’s neglect and mismanagement of the border crisis. The disaster has also created a profitable business for drug cartels that charge up to $20,000 to move migrants to the United States.

The Department of Homeland Security estimates that revenues for cartels’ human smuggling operations have soared to $13 billion. The cartels often brutalize and extort migrants, exacerbating a humanitarian crisis.

New York Times: While migrants have long faced kidnappings and extortion in Mexican border cities, such incidents have been on the rise on the U.S. side, according to federal authorities. More than 5,046 people were arrested and charged with human smuggling last year, up from 2,762 in 2014. . .

The sheer number of people seeking to cross made migrant smuggling an irresistible moneymaker for some cartels, he said.

The enterprises have teams specializing in logistics, transportation, surveillance, stash houses and accounting — all supporting an industry whose revenues have soared to an estimated $13 billion today from $500 million in 2018, according to Homeland Security Investigations, the federal agency that investigates such cases.