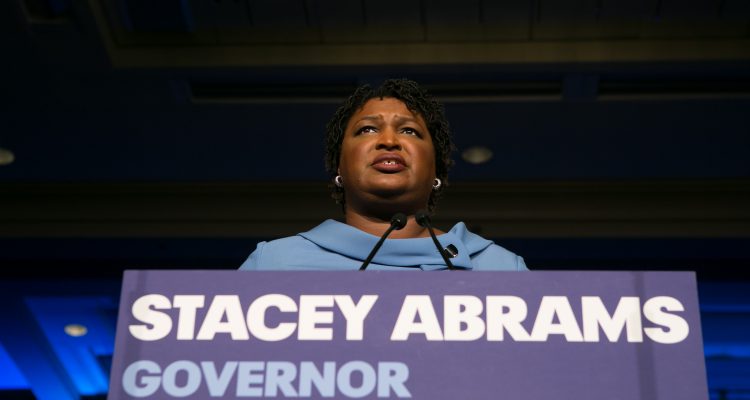 One thing she hasn’t done: concede her loss in the Georgia Governor race. And as if that wasn’t enough, Abrams has spent the past six months claiming that she won, but that she “just did not get to have the job.”

That’s right. According to Stacey Abrams, the November 2018’s Georgia Governor race is only over because she ran out of ways to challenge the people’s will in court. It’s a hypocritical stance from Abrams, whose own party spent months of the 2016 election fear mongering that now-President Donald Trump would refuse to concede if he lost to Hillary Clinton. They certainly don’t have to worry about that.

With Abrams trailing Kemp in August of 2018, Abrams went on the Daily Show to accuse Kemp of being a “remarkable architect of voter suppression.” Abrams noted America’s dark history of voter suppression and denying the right to vote when making note of her accusations against Kemp.

On Election Night, Abrams declared that she would not immediately concede due to the possibility of a run off. Under Georgia election law, elections that garner less than 50% of the vote for the winning candidate result in a December runoff between the top two candidates. Abrams would have had to make up over 17,000 votes to trigger a run off.

On November 17th, more than a week after the Election, the Georgia Secretary of State Robyn Crittenden certified the vote count and confirmed that Abrams lost the race for Georgia Governor. Despite the election ending and the race being called without the possibility of a runoff, Abrams still refused to concede, citing voter suppression.

To this day, Abrams has refused to admit that she lost. In fact, she is still claiming — five months later — that she won the election and that it was stolen from her.

On March 14th, Abrams told ABC News that she did win her election, but just “didn’t get to have the job.”

Later in March during an appearance on the ‘The View,’ Abrams defended her decision to not concede and said she was a victim of an unfair election. Specifically, she opined that no one will ever know the empirical outcome of the election because “we did not have a fair fight.”

Most recently at the National Action Network’s Annual Convention, Abrams said that she could not be tricked into saying the election was “right and proper.” She then again repeated that Republicans had stolen the election.

Abrams isn’t the only national Democratic politician to say that her election was stolen or improper. Elizabeth Warren, Hillary Clinton, and Ohio U.S. Senator Sherrod Brown have all made similar claims to Abrams.

As Stacey Abrams considers a bid for Senate and President, Abrams will have to deal with a dark cloud of an ethics investigation in Georgia. Her campaign along with numerous outside groups associated with her candidacy will have their records subpoenaed in the near future by the Georgia state ethics commission, according to the new head of the commission.

Any future campaign that she announces will have to deal with constant questions about possible financial transgressions.