In an interview this morning at the Texas Tribune festival, DNC Chair Tom Perez repeatedly dodged a question on whether...

One Year Into Perez’s Tenure, DNC Still A Conflict-Riven Catastrophe Of Incompetence

DNC Chairman Tom Perez has been on the job for one year. In that time, according to Politico’s in-depth... 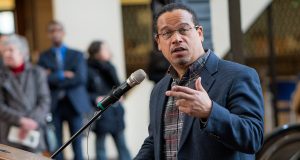 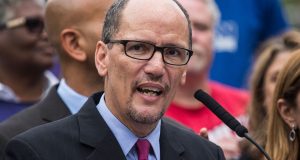 The Democratic Party can’t get out of its own way. The latest conflagration came from Donna Brazile’s exposé detailing...

Shakeup At The DNC, As Perez Moves Against Ellison/Sanders Backers

Democrats To Perez: You Had One Job And You’re Failing At It

The number one job of a party committee is to raise money, and at that job, Chairman Tom Perez...