Taxes Will Increase Under Medicare for All, But Don't Ask Elizabeth Warren to Admit It 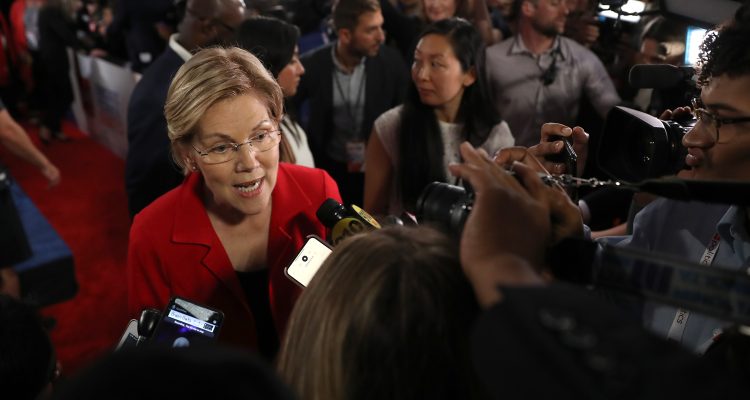 The reality of these far-left plans with huge unknown price tags was exemplified in Warren’s repeated dodge on whether or not taxes for the middle class would increase under Medicare for All.

Politico: “Warren ducked again. ‘Costs will go up for billionaires and go up for corporations,’ Warren said. ‘For middle class families, costs—total costs—will go down.’ This leaves an obvious question that will follow her through the campaign: ‘Bernie Sanders is frank enough to acknowledge the obvious, and then explain it. Why won’t you?”’

Millions of Americans would lose their employer based health insurance under socialized medicine. In case you missed it, here are her dodges during the debate and in post-debate interviews: