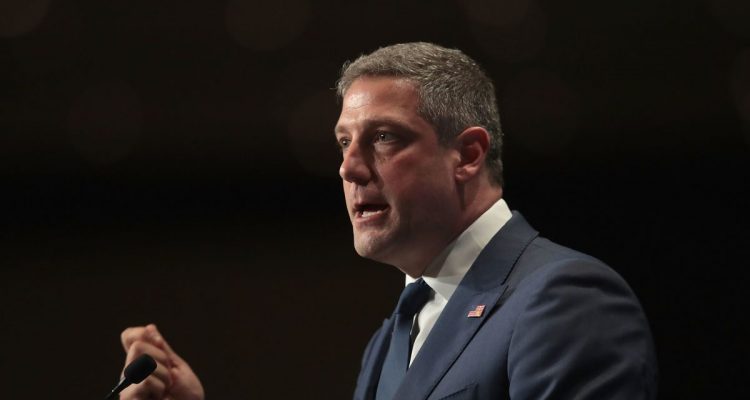 Is Ohio Democrat senate candidate Tim Ryan attempting to cover up his partisan past? In a recent interview with Fox 8 News, Ryan made a number of false statements about his record on things such as defunding the police, Afghanistan, and former President Trump’s China policies.

Claim #1: “You gotta reach across the aisle. You gotta be able to tell your own party, which I have, and tell the Democrats, ‘no.’ And you’ve got to be able to work with Republicans”

Tim Ryan claimed he has told the Democrats “no.” However, records show he has voted in line with Joe Biden 100 percent of the time.

Ryan has also voted with ‘squad’ members AOC and Ilhan Omar 95 percent of the time.

Ryan claimed he is “completely against defunding the police” but voted against a motion to condemn calls to defund the police months earlier.

Claim #3: “You know, Trump wasn’t wrong on everything, you know? I think the issue of China, he was right on.”

Ryan may be praising Donald Trump’s policies on China now, but during his presidency, Ryan called them “abominable” and “nonsensical.”

Ryan: “With that being said, the goods being targeted — and the tariff rates — are abominable and must be revised immediately. I think there are legal remedies that can be used that carry the weight of a legal regime as opposed to the nonsensical order in which President Trump has imposed tariffs.”

Ryan claimed everyone he talked to said Afghanistan was going to fall a lot quicker than it did, but that didn’t stop him from supporting an amendment from Ilhan Omar to accelerate the withdrawal of U.S. troops from Afghanistan.

Bottom line: It’s time for Tim Ryan to stop lying to Ohioans and own up to his radical record. Ryan will say anything that is politically expedient at the time, even if it completely defies his previous statements and votes.