Last week, a devastating New York Post story exposed that Congressman Joe Crowley (D-NY) had funneled at least $69,000 in rent payments for a superfluous campaign office to his lobbyist brother. On Wednesday, the Post published another story that further establishes the fact that Congressman Crowley has been abusing the campaign finance system to benefit his family and close associates.

According to the story, Crowley paid the son of his longtime campaign treasurer, Scott Kaufman, more than $10,000, starting when Kaufman’s son was just 14 years old:

“Rep. Joe Crowley paid out more than $10,000 to his campaign treasurer’s son — starting when the kid was only 14 years old, The Post has learned. Jacob Kaufman, 18, started handling ‘birthday card mailings’ for Crowley’s campaign in February 2013, several months before his 15th birthday, and continued to receive payments through March of this year, records show.”

The case that Congressman Crowley is misusing campaign funds is significantly bolstered by the fact that the younger Kaufman was still getting paid in 2017 even though he now goes to college 195 miles away from Crowley’s district:

“The most recent check Kaufman received from the campaign, for $305.65, is dated March 10 of this year, records show. Jacob Kaufman’s Facebook page shows he began attending upstate Binghamton University on Aug. 21, 2016, and since then has ­received several monthly payments totaling $2,135 from the Crowley campaign. The school is 195 miles from Queens.”

Kaufman’s son isn’t the only one benefiting from Crowley’s campaign largesse. Since 2003, the elder Kaufman has received payments from Crowley totaling almost $600,000.

Over the last two weeks the New York Post has uncovered two clear cases of campaign finance abuse by Congressman Crowley. Before another shoe drops, he owes his constituents an immediate explanation.

Just call it a holi-year 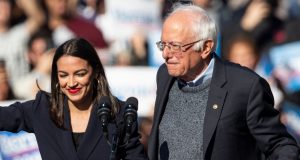