U.S. Liberals Hail Jeremy Corbyn and Labour as Inspiration Before Its Electoral Destruction 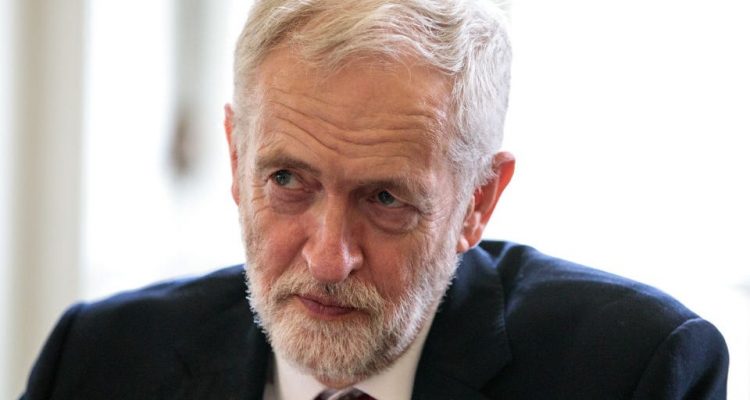 Jeremy Corbyn’s far-left Labour Party lost in devastating fashion to the conservatives in the United Kingdom’s recent election. The Labour Party has been repeatedly criticized for anti-Semitic comments and actions that caused the Chief Rabbi to say its leader Corbyn was unfit for high office.

Despite these warnings, liberals in America have repeatedly rallied around Corbyn and the Labour Party as a model for what their future liberal activism may look like.

And that support didn’t just come from opinion writers. It came from the Halls of Congress and some of the Democratic Party’s leading young progressives, who are running on many of the same legislative issues as Labour was including a green industrial revolution similar to the Green New Deal.

But for American progressives, it wasn’t enough to simply support Corbyn and the Labour Party in their election. For years, they have said that what Corbyn was doing, and what made the Labour Party get blown out, should be the example for us here at home.

The Guardian: “On Friday, Sanders, who had spent time recently in the UK on a speaking tour, said he was “delighted to see Labour do so well.”

“All over the world, people are rising up against austerity and massive levels of income and wealth inequality,” Sanders said. “People in the UK, the US and elsewhere want governments that represent all the people, not just the 1%.”

Rep. Pramila Jayapal, author of the House Medicare for All Bill

The Guardian: “Corbyn’s achievement was part of a “global trend,” said Pramila Jayapal, a US congresswoman from Washington, “towards recognising that progressive policies are the answer to a lot of the inequality, and a lot of the issues that young people and working families across the globe are facing.”

“It’s a good sign for Democrats here in the United States,” said Jayapal, who endorsed Sanders in the 2016 Democratic primary and introduced a bill with the Vermont senator to make college tuition free in the US.

“Jayapal said some Democrats “are still stuck in the frame of: I need to move to the center” – despite some recent wins for progressives at city and state level. “But I think the UK election and the current elections here show that that’s not actually the answer people are looking for,” she said.”

The Guardian: “His disciplined campaign of positive populism and a bold vision resonated with young people and grassroots leaders across Britain,” said Ro Khanna, a US congressman foom California and member of Justice Democrats – a group that has committed to backing progressive Democrats to run against sitting, centrist members of their own party.

“That should provide inspiration to Democrats here,” Khanna said, as well as serving as a lesson to the more centrist Democratic establishment “that a positive populist message is not just morally right, it’s also strategically smart.”