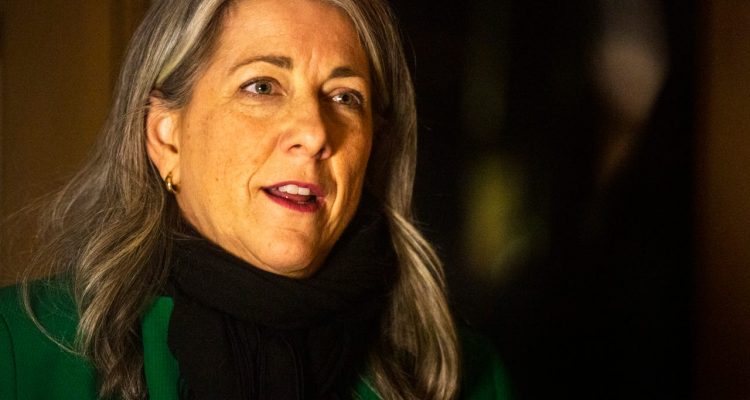 If you thought Washington Democrats were acting erratically with their partisan impeachment against President Trump, wait until you see how one of their Senate candidates in Iowa reacted to being filmed at a public event.

While walking in a Des Moines climate change parade over the weekend, Democrat Senate candidate Kimberly Graham became visibly agitated and confronted an America Rising tracker. After invading the tracker’s personal space and pushing her phone just inches from her face, Graham began peppering her with questions.

Graham was then asked to “take a step back,” which she responded to by threatening to call the police. Soon after the event ended, Graham aggressively confronted the AR tracker once again, this time demanding to know her address in order to “serve her with a lawsuit.” When asked what the lawsuit would allege, Graham responded “for harassment.”