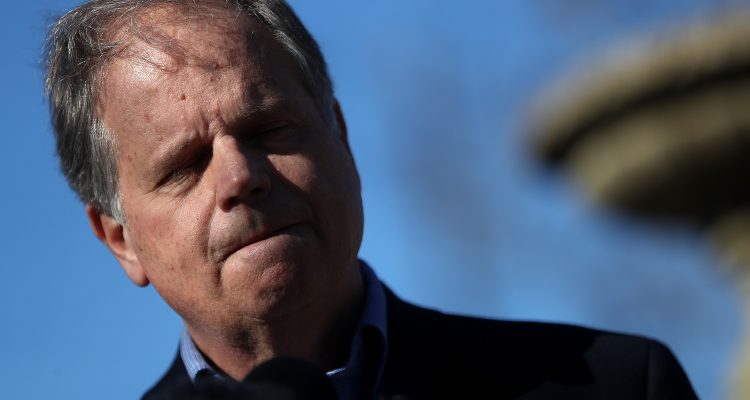 Senator Doug Jones (D-AL), cognizant that he was being recorded at the time, would not answer a question about the merits of impeaching President Donald Trump.

During a book tour event in Birmingham on Saturday, Jones was addressing questions that the audience submitted on notecards, but when he came to one question, he flat-out refused to answer.

The incumbent from Mountain Brook burst out laughing when he saw the question, and then read it aloud to the crowd: “Would the country be better off if Trump is impeached or beaten in 2020?”

“Well, I think I’m just going to hold that one for a little bit,” Jones said to laughter and applause. “I’m sure there’s a tracker here recording this.”