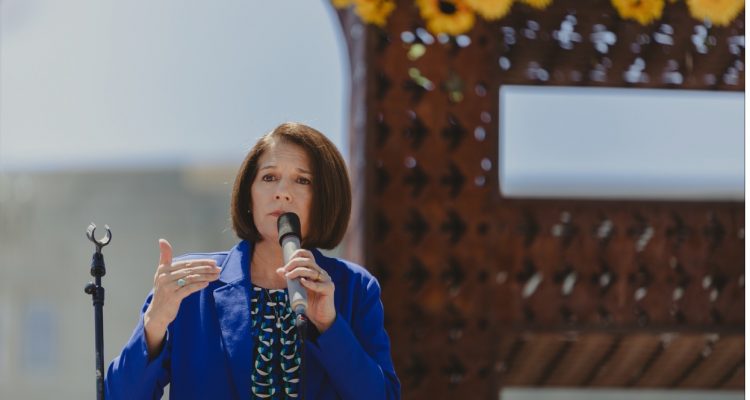 Catherine Cortez Masto is no stranger to Washington, but that doesn’t exempt her from facing a perilous General Election campaign.

Cook Political Report’s Jessica Taylor: “…I think as of now Cortez-Masto is the #1 endangered Democratic incumbent.”

The Nevada Independent’s Jon Ralston: “In NV, more than 3X as many Dems switched to GOP last month as GOPers to Dem — a steady ’22 trend. The numbers are relatively small, but they are adding up. Dems hope it only shows desire to vote in major R primaries; Rs see canary in coal mine for Nov.”

The Nevada Globe: “…the November 2022 election is not only likely to be a red wave, but a red tsunami.

“The Nevada Globe has reached out to the Cortez Masto campaign on multiple occasions and has never received even the courtesy of a ‘no comment.’ We are undeterred. We will continue to reach out to the Senator to see if she is interested in communicating with the voters of her state.”

New York Times: “Despite five years in the Senate and eight years as Nevada’s attorney general, Ms. Cortez Masto remains unknown by a broad swath of the Nevada electorate, as a result of her longtime aversion to publicity, cautious political demeanor and Nevada’s transient voters.”

Throughout her Senate career, Cortez Masto has remained elusive to voters, attended cushy award ceremonies while closing her office to constituents, and stayed mum on the most pressing challenges plaguing the state such as skyrocketing costs.

Nevada has one of the highest inflation rates in the country, and Cortez Masto has not only avoided the problem, but she also exacerbated it by voting for Joe Biden’s inflationary American Rescue Plan. Not to mention her support of Build Back Better – which would worsen inflation – or suspending the federal gas tax, which experts have concluded is nothing but an “election-year messaging bill” that would fail to lower the record-breaking gas prices Nevadans are facing.

Bottom line: Catherine Cortez Masto can’t even earn the endorsements of groups who previously supported her, much less the support of Nevada voters who are suffering under her and the Democrats’ failed policies.

Elsewhere in the state: Things aren’t looking much better for Nevada House Democrats running for reelection, no thanks to the Democratic state legislature which gerrymandered their races into being more competitive. Here are the toplines: