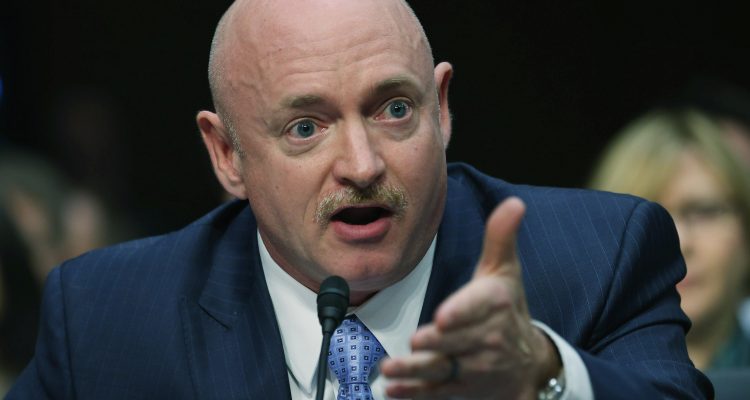 Mark Kelly’s (D-AZ) two-year stint in the U.S. Senate has so far been mired by:

None of this touches on his damning ties to the Chinese Communist Party that continue to be a point of contention for his reelection bid. Here’s what Arizonans should keep in mind about Mark Kelly as they go to the ballot box this November:

During his 2020 campaign, Kelly refused to answer questions about where he stood on several of the Democrats’ signature policy proposals such as the Green New Deal, packing the Supreme Court, or ending the filibuster.

*Note: Kelly ultimately came out in support of nuking the filibuster after getting elected to push Democrats’ voting legislation through Congress. He even fundraised off of his switch in position.*

Now, he hides behind the more “moderate” members of his party – like Joe Manchin and his Arizona colleague Kyrsten Sinema – to avoid taking the heat on issues that could potentially threaten his reelection chances. Take last year’s controversial reconciliation bill for example:

Wall Street Journal Op-Ed: “Compare and contrast the Arizona delegation’s members. Ms. Sinema is getting harassed by activists and facing threats of a 2024 primary challenge over her demands that the bill be reduced in size and stripped of onerous tax hikes. She is daily pummeled for not being more ‘open’ about her requirements. Meantime, Sen. Mark Kelly, up for re-election next year, has yet to muster a concrete public position on most anything concerning the bill’s size, shape or timing.”

Kelly campaigns on being an independent voice for Arizonans and even “taking on his own party,” but since entering the Senate, he has been a rubber stamp for Joe Biden’s failed agenda. Time Magazine wrote it best when describing Kelly like this:

In March 2021, Kelly voted to pass the $1.9 trillion American Rescue Plan, which economists have since deemed the “original sin” that drove inflation. Two months later, new numbers from the Bureau of Labor Statistics revealed that the Phoenix metropolitan area had the highest inflation in the nation with prices skyrocketing 11% higher than the year before.

Wall Street Journal: “Jillian Birnbaum, a 37-year-old nurse and mother of two, says she is frustrated by the rising cost of groceries and diapers in her suburban neighborhood. It is one reason the politically independent voter says she is leaning toward Republicans in this fall’s midterm elections. ‘There must be some reason for why it’s happening with this administration and not the last one,’ said Ms. Birnbaum, who blames increased federal spending in part for fueling inflation and favors divided government. ‘We are giving out money like it’s growing on trees.’”

Kelly’s response to the April 2022 inflation report that his vote contributed to? “I’m an engineer, not an economist.”

America Rising PAC Press Secretary Whitney Robertson: “Contrary to his rhetoric on the campaign trail, Mark Kelly has been nothing but a rubber stamp for Joe Biden and Chuck Schumer’s devastating agenda. If Arizonans are looking for a Senator who will actually put the people over politics, it’s time to send Kelly packing.”