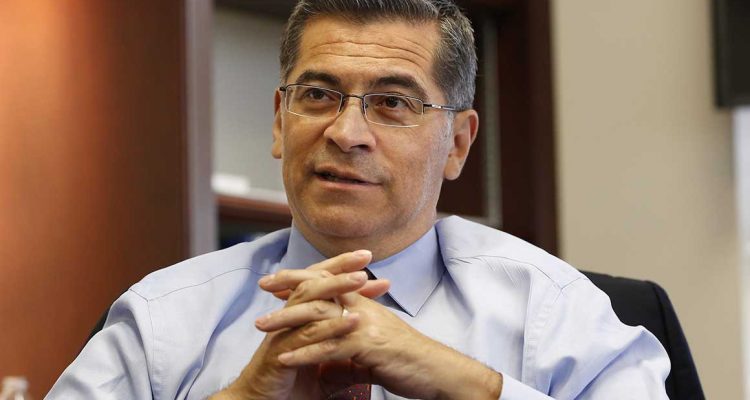 Joe Biden’s nominee for Secretary of Health and Human Services, Xavier Becerra, lacks experience in health or medicine — something that both Democrats and Republicans have noted should be a priority as our nation continues to fight the coronavirus.

“‘I would have liked to see the HHS secretary have public health experience,’ Rep. Pramila Jayapal (D-Wash.), a leading House progressive, said in an interview. ‘I know it’s typical to have more of a manager, but I think the current situation warrants it.’” – Politico

“And for a campaign that placed so much emphasis on the idea that disinterested expertise and capital-S Science should guide the coronavirus response, Becerra is a peculiar choice: a partisan politician from a deep-blue state whose health care experience is mostly in legal battles with the Trump White House over Obamacare, rather than in health policy or medicine itself.” – The New York Times

“While Becerra has a history of fighting for the Affordable Care Act, he lacks any medical background to support his intended role as a top U.S. health official – a factor that some conservatives have taken issue with.” –Fox News

Instead, Becerra has made a career out of promoting radical policies like Medicare for All, health insurance for illegal immigrants, and an aggressive, pro-abortion agenda.

“The waivers approved by Mr. Becerra as part of the Biden administration would most likely be different, and could reflect his long track record of supporting single-payer health care. He endorsed the idea as a first-term congressman in 1994 and sponsored Medicare for All legislation four times during his 12 terms in Congress. In 2017, he reiterated that he ‘absolutely’ supports a policy that would move all Americans to one government-run health plan.” – The New York Times

“More specifically, he sued over President Trump’s religious exemption for Obamacare’s contraception mandate, his protections for doctors who refused to perform abortions and other procedures that violated their conscience, his decision to effectively cut Title X funding from Planned Parenthood, and he defended a law requiring pro-life pregnancy centers to advertise for abortion.” – Fox News

“A POLITICO review of his 24-year House career and four years as California attorney general found that Becerra has repeatedly advocated for undocumented immigrants to have more access to health care and other government benefits, whether through Medicaid or Obamacare.” – Politico

Becerra also invested thousands of dollars in Welltower — a real estate investment company who was sued for elder abuse after a man died of COVID-19 in one of their senior living facilities.

“President-elect Joe Biden’s choice for Health and Human Services Secretary, Xavier Becerra, appears to have invested in a real estate investment company that was sued for elder abuse.

Bottom line: Joe Biden’s nominee to serve as HHS Secretary has a record of embracing radical policies and lacks qualifying experience for this position. His questionable healthcare investments deserve closer examination to provide the American people with an open, transparent confirmation process.