America Rising PAC was founded in Spring 2013 for the sole purpose of exposing the truth about Democrats through video tracking, research, and strategic communications. We have uncovered countless instances of Democratic hypocrisy and taken action to hold them accountable.

“the unofficial research arm of the Republican Party.”

“the major clearinghouse for opposition research within the GOP.”

“the rabid pit bull of the Republican Party.”

“America Rising, which has cornered the market on opposition research on the nearly two dozen presidential contenders...”

In 2014, Bloomberg said we “rattled Democrats who were not used to losing the media’s story lines” and Washington Post’s “The Fix” named America Rising a winner of 2014.

We are constantly adding new politicians, candidates, and party officials to our tracking list as the “the major clearinghouse for opposition research within the GOP.” In the 2018 midterm cycle, we successfully worked to expose the hypocrisy of Democrats across the country, defeating incumbent Democratic Senators: Joe Donnelly, Claire McCaskill, Heidi Heitkamp, and Bill Nelson. We already have an eye on 2020 White House hopefuls through our 2020 Initiative which Politico profiled as the “beneath-the-radar effort to define — and ultimately derail — the Democrats preparing to take on President Donald Trump in 2020.”

With your support, we can add to the list of Democrats we are tracking and continue to rack up more wins for Republicans. We are donor-supported and contributions from people like you allow us to continue our work. If you have any feedback or tips that can help us hold Democrats accountable, write us anytime. To keep up with our latest updates, follow us on Facebook and Twitter. 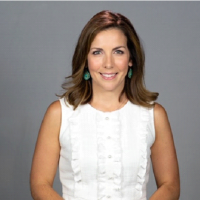 Cassie Smedile is Executive Director of America Rising PAC. Cassie brings more than thirteen years of communications experience to America Rising. She joins the team after serving concurrent roles as the Deputy Communications Director and National Press Secretary at the Republican National Committee. Prior to working at the RNC, she spent ten years on Capitol Hill in communications capacities in both the Senate and House, including Communications Director roles for Senator Todd Young (R-IN) and Congressman Sean Duffy (WI-07) in addition to other offices.

A proud native of Kansas City, Missouri, Cassie graduated from Marquette University with a degree in Broadcast Communication and a minor in Political Science. 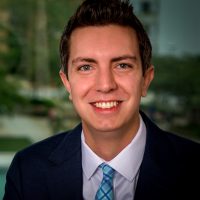 Chris Martin is the Deputy Executive Director for America Rising PAC. Before joining the America Rising team, he served as Director of Rapid Response for the House Republican Conference under the leadership of Rep. Liz Cheney.

In addition to his experience on Capitol Hill, Chris was a Regional Press Secretary for the National Republican Congressional Committee and Communications Director for the Republican Party of Wisconsin.

Chris is a native of Brooksville, Florida and received his B.A. in Political Science from the University of South Florida. 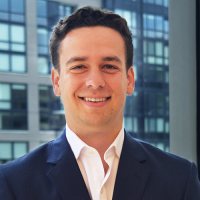 Gierut is from the southwest Chicago suburbs and graduated from the University of Dayton in 2013 followed by graduating with a Masters Degree from American University. 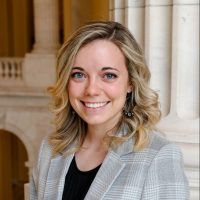 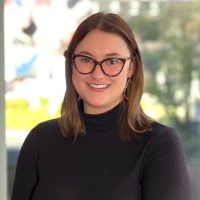 Bennett is a native of Richmond, Virginia and received her B.A. in Political Science from Christopher Newport University. 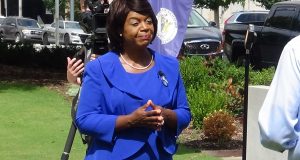