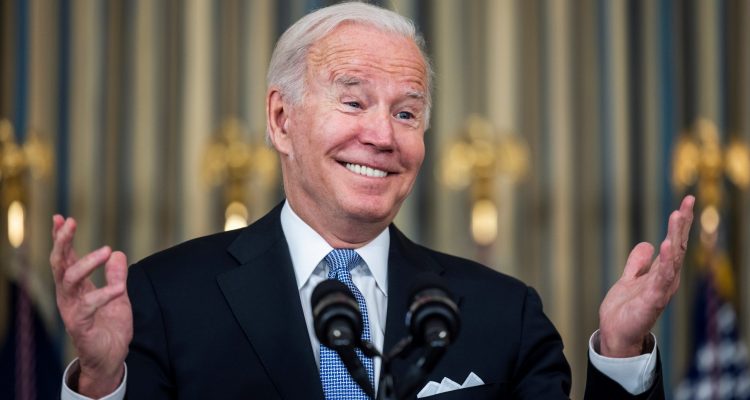 The cost of celebrating Thanksgiving reached a new record high thanks to inflation fueled by Democrats’ reckless spending. The American Farm Bureau’s annual survey found that the average Thanksgiving meal for 10 people increased almost $11 from 2021 to $65.05.

Axios: Your Thanksgiving meal with all the trimmings is expected to cost 20% more than last year. Nearly every ingredient in the classic Thanksgiving feast is more expensive between inflation, supply chain interruptions and the avian flu, according to the American Farm Bureau’s annual Thanksgiving dinner survey…

The survey, released Wednesday, found the average cost of this year’s holiday meal for 10 is $64.05 up from the 2021 average of $53.31. It’s the most expensive dinner in the 37 years of the bureau’s holiday survey.

The average turkey costs 21% more, stuffing is up 69% and pie crusts, whipping cream, dinner rolls and frozen peas are all at least 20% more expensive this year.

Travel costs also soared to a new record high as the Biden-Harris administration wages war on American energy. Gas prices are nearly 30¢ higher than last year, and more than 20¢ higher than the previous record high. The cost of airfare has risen 25% since last year.

Bottom Line: Americans are paying more for almost everything this Thanksgiving because of Democrats’ reckless, inflationary spending.