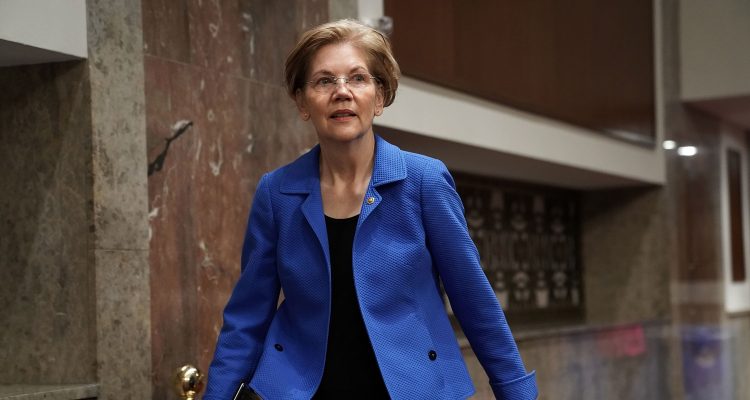 It’s no secret that a number of Senate Democrats are already running for president. This fact, combined with far-left trending of the Party, has caused significant problems for two groups: red-state Senators up for re-election and Senate Democratic leadership.

During the government funding fight, 2020 Democrats, like Elizabeth Warren and Kamala Harris, have made it clear that they are willing to shutdown the government in order to see their ideological demands met. As the deadline approaches, this has prompted red-state Democrats like Senator Joe Manchin to signal their panic:

But some red-state Democrats like Senator Joe Manchin III of West Virginia (a state Mr. Trump carried with nearly 68 percent of the vote) are equivocating, clearly worried that Democrats could take the blame for a shutdown if the spending bill does not pass. “We’ve got 48 hours, and that’s a lifetime in the news cycle around here,” a nervous-sounding Mr. Manchin said Wednesday, as he hurried through the Capitol while avoiding reporters’ questions about whether he would vote for the spending bill.

The other group whose life is made harder by these ambitious Democratic Senators is Democratic leadership, especially Senate Minority Leader Chuck Schumer. As The Hill wrote, 2020 Democrats “pose a big dilemma for” the New York Senator:

Senate Democratic Leader Charles Schumer’s (N.Y.) efforts to unify Democrats and prevent a shutdown are complicated by lawmakers with presidential hopes who are pushing for a hard-line stance against any short-term spending measure that doesn’t protect certain young immigrants from deportation.

With the jockeying for 2020 already underway, it’s clear that the nightmares for red-state Democrats and Senator Schumer have only just begun.