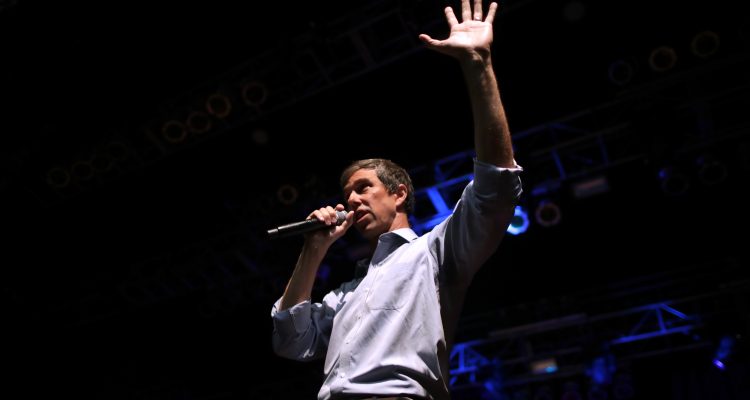 Beto O’Rourke’s cozy relationship with the oil & gas industry continues to hurt him on the campaign trail. At a campaign stop in New Hampshire this morning, he was confronted by climate activists who again implored him to sign the ‘No Fossil Fuel Money’ pledge. Earlier this week at a campaign stop in Virginia, Beto refused to sign the pledge.

A consistent talking point of Beto’s is that he will not accept campaign contributions from oil & gas executives or lobbyists while still allowing rank and file workers to support his candidacy. However, the activists in New Hampshire pointed out that, contrary to Beto’s rhetoric, he did in fact accept a $250 contribution from a Chevron lobbyist.

In addition, not only did he accept this contribution from an oil & gas lobbyist, but Beto also broke his word by accepting over $22,000 from eight executives at three oil & gas companies.

Beto has a long and lucrative history with the oil & gas industry. A recent Buzzfeed report shows Beto has personally cashed in on fossil fuel investments.

“Beto O’Rourke and his wife, Amy, made more than $1 million from a family investment company that bought and sold stocks in companies like Exxon Mobil, Phillip Morris, and Transocean, the company behind the Deepwater Horizon oil spill, during the first two years that O’Rourke was in Congress.”

The progressive wing of the Demcoratic Party has repeatedly raised concern with Beto’s long history with the fossil fuel industry. In the 2018 cycle, O’Rourke raised the second most money — $476,325 — from the industry among all candidates for federal office. That might explain his new campaign line that he “doesn’t want to exclude an entire industry” from donating to him.