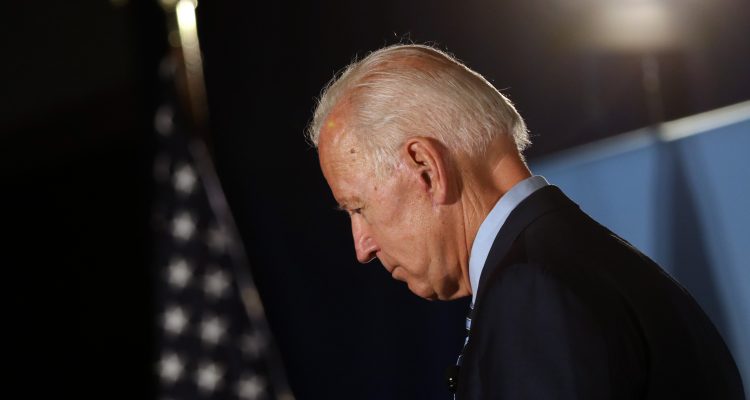 Poll after poll showed Joe Biden’s approval rating continuing to slide this week. On a wide variety of issues —ranging from Covid to the economy and leadership to foreign policy — voters are rejecting Joe Biden and the Democrats’ out-of-touch agenda. Even worse for Democrats, voters are most angry about inflation and they are blaming the Biden-Harris administration.

The president stands at 43% approval and 51% disapproval in a NPR/Marist national survey released on Thursday. A day earlier, a national poll from Monmouth University indicated a 40% approval and a 50% disapproval. Both surveys were conducted in recent days. . .

And the latest surveys also indicate a growing number of Americans don’t see the efforts of the Biden administration and congressional Democrats as helping to combat the rise in inflation, which is climbing as a top public concern.

The dismal numbers have left Democrats in Congress nervous about defending their thin congressional majorities in the 2022 midterms.

Politico: Most Democrats are worried that Biden’s flagging polling numbers — with an approval hovering in the low 40s — will lead to a thrashing at the ballot box. With historical headwinds and a GOP-dominated redistricting process already working against them, they fear that unless Biden pulls out of his current slide, Congress will be handed to the Republicans in next year’s midterms.

Even the party’s own polling has the president in the red. A poll from House Democrats’ campaign arm earlier this month showed the president down in battleground districts across the country, with 52 percent of voters disapproving of the job he’s doing, according to three party members briefed on the data.

However Republicans, who voters say are better prepared to manage inflation and other important issues, have seen their poll numbers reach new highs. The GOP leads generic ballot polls — with some surveys giving Republicans a 10-point advantage.

Bottom Line: Voters are angry, and the polls prove it. Joe Biden and the Democrats are preparing for a brutal midterm due to their mismanagement of critical issues at home and abroad.