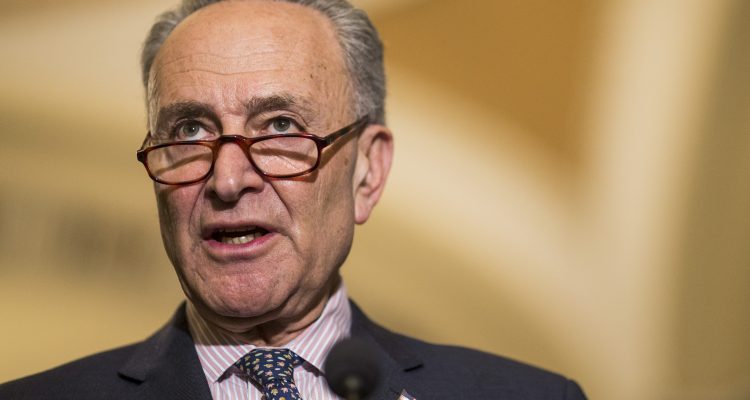 Minority Leader Chuck Schumer is having a tough time recruiting big-name Democrats to run for Senate. Presidential dreams are distracting a handful of Democrats from seeking a senate seat:

Stacey Abrams (GA): Abrams has met with Schumer several times stating, “he has been unequivocal in his desire to have me become a candidate for this office.” Yet, just last week on MSNBC, Abrams said she is still considering a White House run.

Steve Bullock (MT): Earlier this year Schumer met with the Montana Governor “in hopes of luring him into a campaign for the upper chamber,” but Bullock has ruled out running for the senate. He has also claimed he has “no intention of running for anything other than the White House.”

John Hickenlooper (CO): The former Colorado Governor has already thrown his hat in the ring for the White House. Despite Schumer trying to make his pitch, Hickenlooper has insisted that he is “not cut out to be a senator.”

Tom Vilsack (IA): Vilsack is the only one on the list not seeking the White House, but the former Iowa Governor was quick to squash rumors about running for senate. Vilsack has said he doesn’t believe he has “the desire and the passion that it takes to win.”