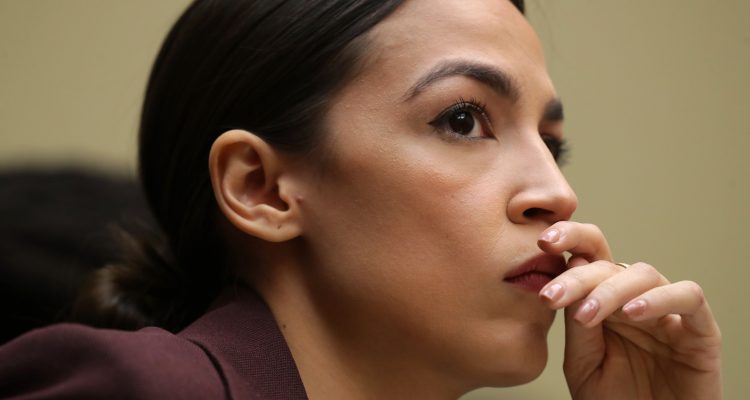 Representative Dan Lipinski is in a contentious primary fight for Illinois’s 3rd Congressional Seat for the second cycle in a row as he draws a challenge from liberal candidate Marie Newman. This cycle, Newman is not coming without friends — Elizabeth Warren and most recently Alexandria Ocasio-Cortez have both endorsed her candidacy.

Lipinski previously defeated Newman in 2018 as the vulnerable House Democrat has come under scrutiny from national Democrats and party activists who largely think he is not in line with party orthodoxy. The endorsement from AOC is the latest signal of support for Newman.

The liberal online blog Daily Kos has thrown its considerable weight centered in Washington D.C. activist circles behind Newman in her latest challenge. The DCCC, the House Democrats’ campaign arm, has drawn flack from activists for defending Lipinski.

The AOC endorsement is already paying off for Newman. Her campaign saw “an immediate uptick” in donations following the support from one of the party’s most extreme members.

Politico: “More than $20,000 was raised from 1,000-plus donors, according to Ben Hardin, Newman’s campaign manager.

“The endorsement drew national attention because it was AOC’s first time backing a House primary challenger against a Democratic incumbent. Lipinski is a social conservative who just squeaked by Newman in the 2018 Democratic primary.”

Lipinski has signaled that he intends to fight the national progressive challenge as he has launched into an all-out assault on AOC, “The Squad,” and Newman.

Politico: “After AOC’s endorsement, Lipinski issued a statement mocking the “Squad” and calling Newman “an extreme candidate who is completely out of step” with 3rd District voters “who do not want to be represented by a fifth member of the ‘Squad’,” which he labeled as “obstructionist” and the “Tea Party of the Left.”

“That’s all language that any savvy Republican would love to use against Democrats on the campaign, and Lipinski later stepped back the rhetoric, telling POLITICO, “I think it’s always a bad idea for Democrats to go after Democrats, especially incumbent members of Congress.”

Lipinski should rest easier at night knowing that he has a fellow member of the Illinois delegation — Cheri Bustos — as the Chairwoman of the DCCC, which has already done him a lot of favors. Earlier this year, the DCCC put in place a new rule seeking to cut off access to experienced campaign consultants for primary challengers of sitting members of the Hosue Democratic caucus.

New York Magazine: “In March, the DCCC announced that it wouldn’t work with vendors who sign on to insurgent campaigns against incumbent Democrats like Lipinski. Now, four consultants have left Newman’s campaign, the candidate told Politico on Friday. “We’ve now had two mail firms say that they couldn’t work with us because of the DCCC issue, and then a [communications] group, a compliance group and several pollsters,” she said.”