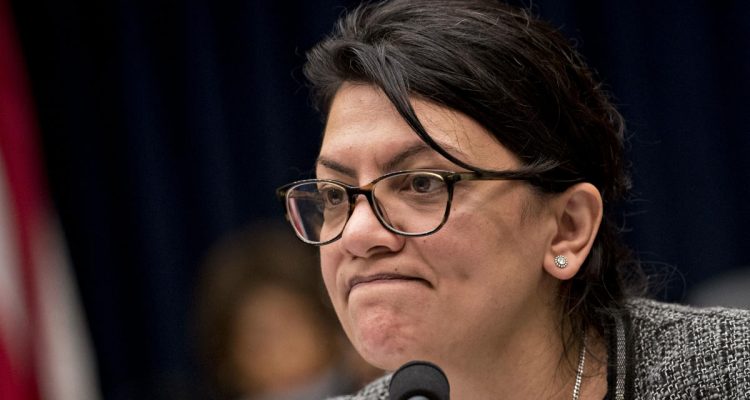 If it wasn’t already obvious that House Democrats have gone completely off the rails with their baseless, partisan impeachment effort against President Trump, Rep. Rashida Tlaib reiterated that fact at a recent town hall.

Rashida Tlaib began by nodding in agreement with someone calling for U.S. Marshals to “hunt down” White House officials before discussing specifics about how they would be arrested.

She then told attendees that she would inform House Democratic leadership “We can hold those people right here in Detroit, we’ll take care of them,” before adding “we won’t hurt them.”

This is just the latest escalation in rhetoric from House Democrats, who have made impeachment their entire agenda. Just hours after being sworn in, Rep. Tlaib was caught on camera in January shouting “We’re gonna impeach the mother—-.”

Democrats have been obsessed with undoing the results of the 2016 election and impeaching the president since the day he took office. They’re now back in their districts over a two-week recess struggling to explain why they’ve abandoned their responsibility to govern.