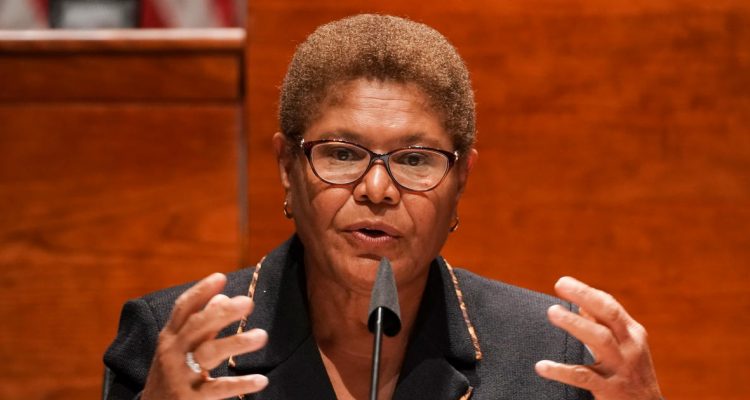 Potential Biden VP pick Karen Bass traveled to Fidel Castro’s Cuba in the 1970s as part of the Venceremos Brigade, a leftist group associated with terrorist organization Weather Underground, to do construction work on behalf of the regime.

The revelations are fully explored in a newly published article in The Atlantic that examines Bass’s history and also asks whether choosing Bass as VP would take Florida off the table for Joe Biden. The answer to that question revealed a troubling prospect for a Biden-Bass ticket.

The Atlantic: “Roberto Rodriguez Tejera, a Cuban American who hosts a radio show popular with Cuban Americans in Florida, told me by text that he felt sure, given her history, that Bass would take the state off the table for Biden.”

The Atlantic: “Florida State Senator Annette Taddeo, a Democrat…worries that Bass’s spot on the ticket, given her history in Havana, ‘would be a game changer in Florida, certainly among the Hispanic community.’”

The Atlantic: ‘Brigade members enthusiastically have adopted the anti–United States stance promulgated in Cuba and have aligned themselves with the violence-prone Weathermen and other extremist groups.’ Bernardine Dohrn, who led the Weathermen, helped facilitate the first Brigade group’s trip to Cuba.”

The Atlantic: “‘There has been a shift on how to engage with Cuba, but there hasn’t been a shift in Castro’s popularity,’ argues Fernand Amandi, a Florida-based Democratic consultant and pollster of Cuban heritage whose past clients include the Obama-Biden campaigns.”

No matter why Bass associated with the group, it is clear that her cozy feelings towards one of the world’s most brutal regimes will be a glaring political liability for a Biden-Bass ticket in one of the country’s most important electoral states. If she is the choice, don’t expect this to go away any time soon.