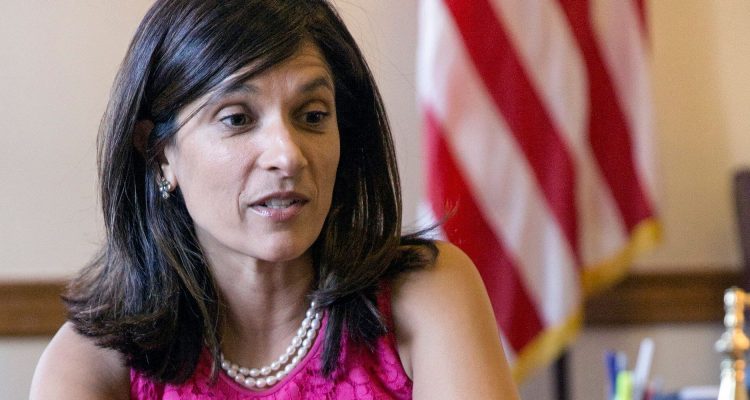 Sara Gideon has a consistent record of embracing radical liberal positions that put her at odds with the people of Maine. In stark contrast to Susan Collins – who is one of the most bipartisan members of the Senate – Gideon once attacked Republicans by claiming their actions were akin to “terrorism.”

Despite pledging to reject corporate PAC money, Gideon received more than $150,000 in corporate PAC and special interest donations while serving in the State House. Since announcing her campaign for U.S. Senate, Gideon has taken more than $50,000 from leadership PACs that are funded by corporate contributions.

Her hypocrisy on campaign finances didn’t end there. She was accused of “using a straw donor to funnel money originally from a company to a federal candidate,” which could result in jail time. This is even more egregious since Gideon has repeatedly assailed politicians “who have taken advantage of having a PAC for personal benefit.”

As Speaker of the Maine House, Gideon forced the state into a D.C.-style government shutdown by introducing a budget that would have resulted in Maine having second-highest top income tax rate in the country. Throughout her tenure as a state legislator, Gideon has opposed at least $579 million in proposed tax reductions for Maine families – including two votes against lowering the individual income tax rate.

Sara Gideon’s liberal agenda would devastate the state’s economy, and her refusal to work across the aisle is antithetical to Maine’s long history of pragmatic representation in the U.S. Senate.