Democrats Are Coming For Your Guns 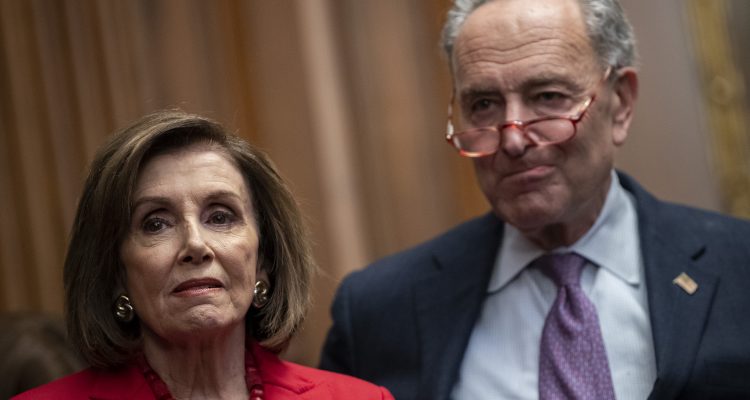 The Democrat-led House Judiciary Committee moved a bill forward at 10:00 p.m. Wednesday night that would ban “assault weapons.” However, it’s still unclear whether or not the Democrats’ bill would have the support it needs from their own party to pass a vote on the House floor.

Punchbowl News: “The bill could come up for a floor vote as early as next week. Yet as of now, Democratic leaders don’t have the votes to pass it. We have covered the issue extensively the last few days. Pelosi and her leadership team can only lose four votes on the floor, and they can’t count on any GOP support, especially for the rule laying out the floor debate. Currently, Democrats don’t even have enough votes for that rule.

“Vulnerable Democrats, especially those in the toughest districts, are desperate to see action on their priorities ahead of the August recess. And they’re privately frustrated that leadership is focused on moving an assault weapons bill – something that won’t become law – when other pressing issues remain unaddressed in their minds.”

Senator John Cornyn, the lead Republican negotiator for the bipartisan gun bill that passed last month, has already indicated House Democrats’ “assault weapons” ban will not receive support among Republicans in the Senate.

According to recent polling, less than 50 percent of Americans support an “assault weapons” ban – making the issue more unpopular now than ever.

The Reload: “That represents a slight drop from the previous all-time low for the policy set in Quinnipiac’s June poll. It is the third survey from a prominent pollster to identify a drop in support for a ban after the Robb Elementary School shooting in Uvalde, Texas, on May 24th.”

Bottom line: Democrats would rather spend their time pushing another gun control bill that targets law-abiding gun owners than address the pocketbook issues at the top of Americans’ minds right now.