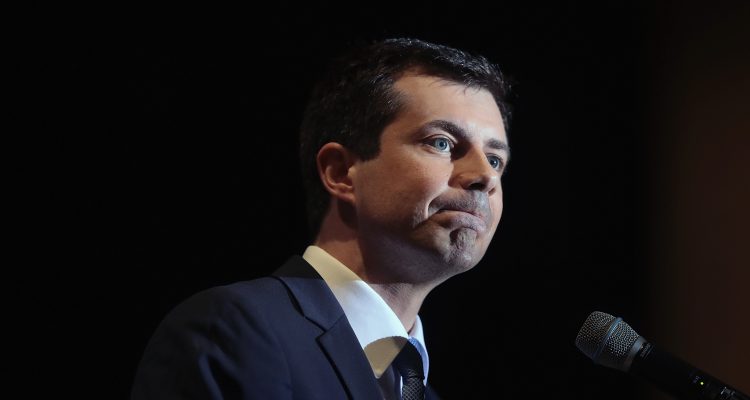 Prominent Democrats are downplaying working families’ concerns about inflation and supply shortages, which are eating away at paychecks and threatening to leave Christmas shoppers facing empty shelves. Transportation Secretary Pete Buttigieg even went on to claim that supply chain issues were actually a good thing, and a sign that the Biden-Harris administration “successfully guided the economy.”

“The supply chain is broken down, goods can’t get in & inflation is skyrocketing…because things are so damn good. And this will continue. By winter, things will be so good…there will be no Christmas presents whatsoever!”

“Inflation is NOT a ‘high class problem.’ Inflation is a tax on working Americans & those on fixed incomes,” Rep. Ted Budd (R-NC) tweeted. “The Biden/Harris White House is completely out of touch.” The House Republican Policy Committee called Klain’s tweet “outrageous.”

Despite claims by Biden-Harris administration officials, new polling shows Americans are deeply concerned about inflation and shortages. Vast majorities say they worry about inflation (87%), have noticed products out-of-stock (71%) and that rising gasoline prices are bad for the country (94%).

Fox News: All that goes a long way toward explaining the sharp decline in Biden’s ratings on the economy. Last month, he was in positive territory by 1 point (50 percent approve, 49 percent disapprove). This month, it’s negative by 20 (39-59 percent). That 21-point shift comes from an 11-point drop in approval among Democrats and a 15-point decline among independents. An overwhelming majority of Republicans disapproved already.