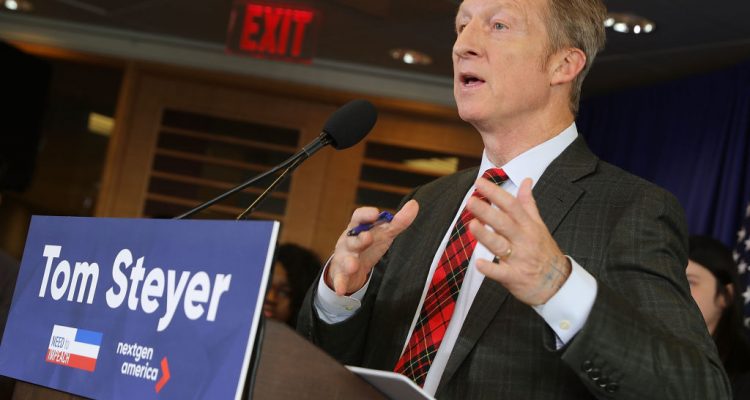 Over the weekend, prominent Democrats continued their public debate over whether the party should support impeaching President Trump. David Axelrod, a former top advisor to President Obama, said Democrats should not be committing to impeachment when they have no case for it:

Dems should NOT commit to impeachment unless & until there’s a demonstrable case for one.
It is not just a matter of politics. It’s a matter of principle.
If we “normaiize” impeachment as a political tool, it will be another hammer blow to our democracy.https://t.co/vTcaDfknlC

But Tom Steyer, the billionaire financing the impeachment campaign, fired back:

Let's be clear: Trump has already committed 8 impeachable offenses. What are we waiting for? If you haven't signed on yet, now is the time. https://t.co/xLZe31ulzC https://t.co/KeNgoh4kWB

And now the Democratic candidate for Senate in Texas, Rep. Beto O’Rourke, is saying he has already seen enough to support impeachment. As even the DCCC has noted, the simple fact is Democrats’ incessant desire to obstruct, resist, and impeach will drive their party further left and turn voters away when votes are counted in November.