Democrats Support New Tax That Could Lower Average IRA by $20,000 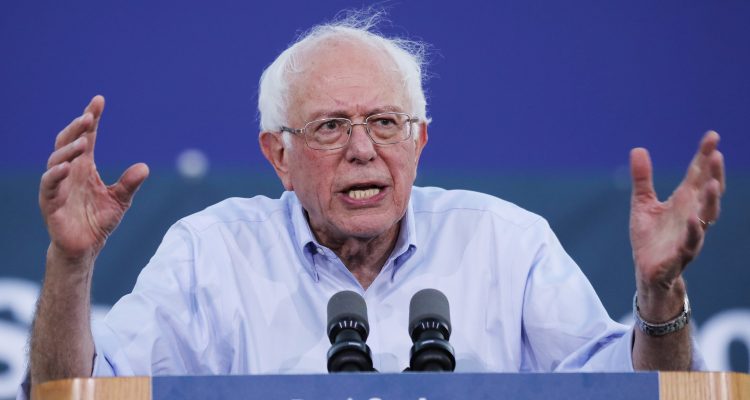 Numerous Democrats running for President have supported implementing a new financial transaction tax (FTT) — one on top of the current financial transaction fee — to pay for their expensive policy proposals. The most prominent candidates pushing this new and duplicative tax are Bernie Sanders, Kamala Harris, and Elizabeth Warren. Sanders has been pushing the new FTT as a way to pay for free college and pay off people’s student debt obligations.

Sanders markets his financial transaction tax as a way to punish Wall Street for what he deems to be their sins, raise money for his policy proposals, and to discourage financial speculation. Sanders tabs Wall Street as the primary culprit in the 2008 recession and would use the tax as “punishment.”

The merits of a financial transaction tax beyond “punishing” people who it would seemingly impact are questionable at best. Sanders’ version would tax stock trades at 0.5%, bond trades at 0.1%, and derivative transactions at 0.005%.  These taxes would be placed on top of a current transaction fee of 0.002% that the SEC places on trades.

Sanders isn’t the only Democrat supporting an FTT. Kamala Harris has proposed an FTT to finance her proposed ‘Medicare for All’ bill. Harris’ bill does not have as high of rates of Sanders’ bill but still places a supplemental burden on top of the transaction fee already implemented by the SEC.

Outside experts don’t see the same value in a financial transaction tax as some of the Democratic candidates do. A report released today by the U.S. Chamber of Commerce indicates that such a tax would drive up the cost of mortgages, reduce retirement savings, and have costly impacts on the U.S. economy. According to their analysis, a financial transaction tax could reduce the average IRA by $20,000.

Elizabeth Warren has also proposed a financial transaction tax in 2015 that was panned by Adam Institute Fellow Tim Worstall as burdensome to taxpayers that will eventually reduce the amount of tax revenues the government collections.

Forbes: “I’m all for the idea that we shaft the people who shaft us through the financial and tax system. But what Elizabeth Warren is proposing is this financial transactions tax. Something that will cost us, the people, more money and also, at the same time, reduce the amount of tax revenues that the government can collect to spend upon us, the people.”

In 1965, a Democratic-controlled Congress repealed the financial transaction tax since it was “not developed on any systematic basis” and was “discriminatory” in its application. None of the candidates who support a FTT have given an explanation of why it would function any differently than it did when it was repealed.