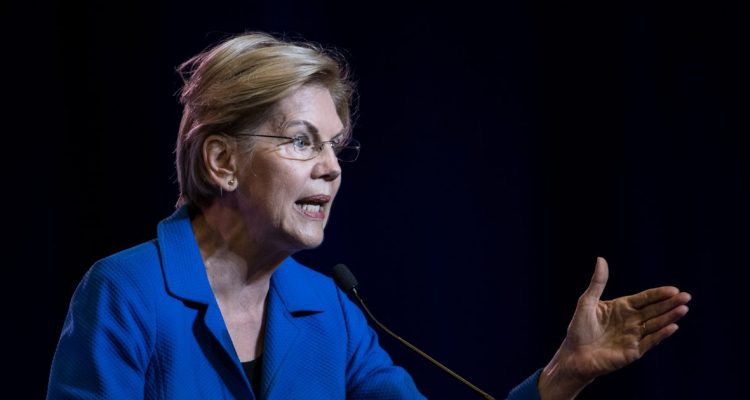 “Parsi lobbied Congress against sanctions on Iran in 2013 and met with Obama administration officials at the White House dozens of times leading up to the nuclear deal’s signing in 2015. Multiple U.S. officials and senior congressional sources informed the Washington Free Beacon that Parsi helped the White House craft its messaging as it tried to sell the nuclear deal to the public. The NIAC chief met with Rhodes, among other top officials, during multiple visits throughout the Obama era.”

Warren and Sanders have been among the leading critics of President Trump’s decision to kill Qasem Soleimani, the former leader of the Quds Force.

Warren’s comments on Soleimani have been evolving since Liberals took her to task over Twitter for what they deemed an unacceptable initial statement.

“Which is mind-bending. And confusing — until you realize the “why” behind Warren’s rapid change of heart on Soleimani. Which is this: because the liberal left didn’t like her initial statement and she needs those voters to have a chance at winning the Democratic presidential nomination this year.

“Compare what Warren said upon the news of Soleimani’s death with what fellow liberal — and 2020 rival — Sen. Bernie Sanders said. Sanders described the killing as as “assassination” from the start and added: “Trump’s dangerous escalation brings us closer to another disastrous war in the Middle East that could cost countless lives and trillions more dollars. … Trump promised to end endless wars, but this action puts us on the path to another one.”

“That comparison did not work to Warren’s benefit — particularly among the left on Twitter, where her initial statement was pilloried.”

Democratic presidential contenders Sens. Elizabeth Warren (D., Mass.) and Bernie Sanders (I., Vt.) are slated to host a conference call with an Iranian-American advocacy group that has been accused of lobbying on Tehran’s behalf.

The Democratic candidates’ willingness to engage with NIAC—a group that aggressively pushed the accord and has strongly advocated against U.S. sanctions on the Islamic Republic—reflects their desire to see America reenter the nuclear deal, which released up to $150 billion in cash to the regime. Much of that money has gone to fund Iran’s regional terror operations, including recent attacks on American personnel stationed in the region.

Read the rest of the article here. 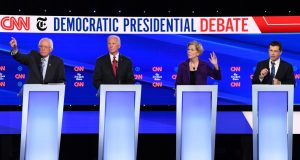