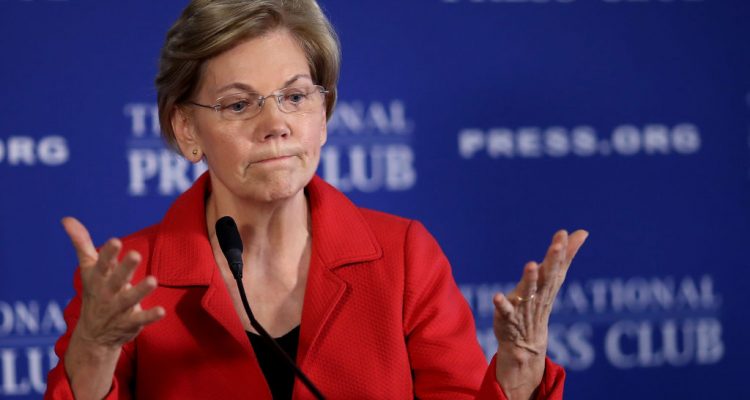 Last night, Elizabeth Warren‘s campaign released a list of cases that she worked on during her time as a law professor, “charging as much as $675 an hour to advise a variety of clients,” according to The Washington Post.

The list includes characterizations of the bankruptcy cases that conveniently paint Warren as a champion for the people, when in reality she was working for clients such as Dow Chemical, Fairchild Aircraft, and Cajun Electric Power Cooperative, among others.

The Washington Post: “But she also aided the interests of the kinds of companies she castigates as beneficiaries of a system that rewards corporate interests at the expense of everyday Americans, including the former directors of an oil company and a multinational bank. According to the campaign’s summaries, she consulted for the attorneys representing Rabobank, a Dutch multinational bank, which was a creditor of Enron as it went through bankruptcy. She consulted for a group of lenders who wanted to trade stock for debt relief for a bankrupt company.”

Will she release more than 10 years of tax returns so voters have a full accounting of her profits?

The Washington Post: “Documents reviewed by The Post showed that Warren made at least $462,321.75 from her work in 13 cases, although the total for those cases might be much higher. Warren has released only her last 10 years of tax returns, and much of her legal consulting work is not reflected in those documents.”

Is this the full list of cases? Warren’s team was careful to not definitely state that it was complete.

What other clients is she keeping hidden to avoid scrutiny from progressives?

Warren has built her campaign on the idea that she has always been working for the people, yet her time as a legal consultant runs directly contrary to that as she fought to win favorable judgments for corporate clients.