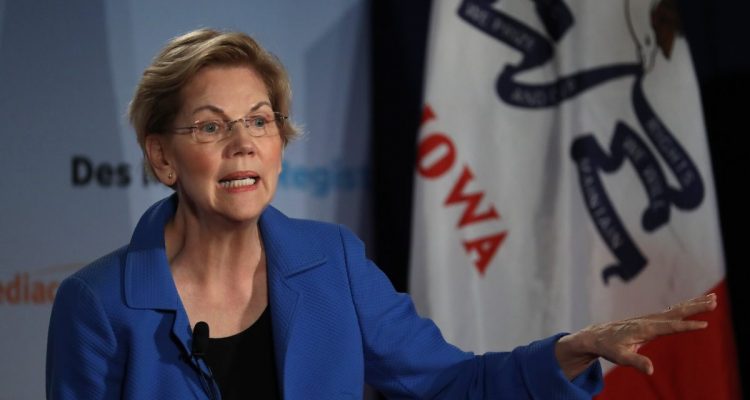 Elizabeth Warren flip-flopped last night during CNN’s LGBTQ town hall on whether she believed taxpayer dollars should be used for transgender-related surgeries for incarcerated individuals.

In 2012, while Warren was running for Senate, “a transgender inmate was suing the Massachusetts prison system after being denied transition medical care.” A federal judge ruled that the inmate should receive the surgery and Warren was asked to comment on the campaign trail. In a radio interview, she said “I have to say, I don’t think it’s a good use of taxpayer dollars.”

In a plan released by the Warren campaign ahead of the CNN town hall, Warren reversed her position and declared she would spend taxpayer dollars on transgender-related surgeries for incarcerated individuals.

Elizabeth Warren, Medium: “I will direct the Bureau of Prisons to end the Trump Administration’s dangerous policy of imprisoning transgender people in facilities based on their sex assigned at birth and ensure that all facilities meet the needs of transgender people,” she writes on her campaign website, “including by providing medically necessary care, like transition-related surgeries, while incarcerated.”

Despite Warren saying yesterday during the Town Hall that her 2012 opposition of taxpayer funding for transgender-related surgeries was a “bad answer,” Warren has had opportunities between then and now to correct herself. She didn’t take that opportunity — she refused to comment on the issue in 2014 and 2015.

Think Progress: “Kosilek herself had responded to Warren’s comment in a 2014 interview, calling it ‘disheartening’ that Warren would think that her right to proper health care should be diminished because of her crime. ‘You don’t lose your right to humanity and dignity when you go to prison,’ she said. ‘We don’t go to prison for punishment. We come to prison as punishment. This is what a lot of people, including our elected officials, don’t understand.'”

“In all that time, Warren has never addressed her remark. Even in 2015, as the Supreme Court was denying Kosilek’s appeal and another case was playing out in California, Warren still did not respond to the Washington Blade’s requests for comment about her 2012 remark.”

Warren will continue to release plans that reverse previous positions that she held in order to satisfy the progressive activists. It’ll be on the press to call her out.