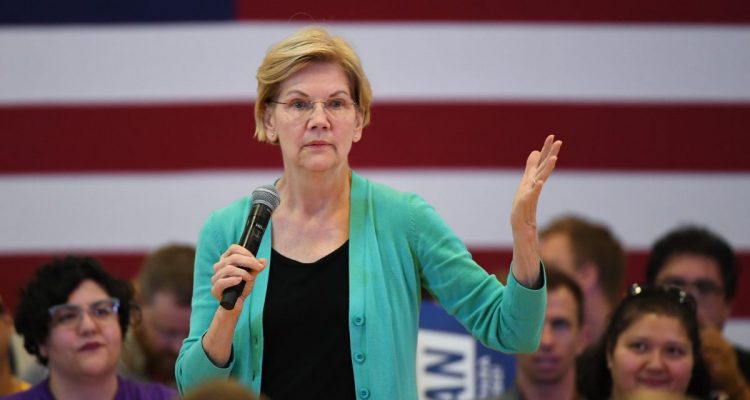 Foreign Policy noted Warren’s deep ties to defense contractors, including Raytheon, in their write up of her questioning of Esper. Warren’s work on behalf of defense contractors included ensuring a contractor project deemed “not operationally suitable” by the Pentagon did not have its funding revoked.

“Still, Warren’s ties to the defense industry—including another company with facilities in Massachusetts, General Dynamics—could come up during her presidential campaign. She reportedly made an effort to reach out to both companies during her 2012 Senate campaign and time in the Senate, including facility visits and at least one phone call to Raytheon’s chief executive. She also accepted more than $80,000 in donations from the defense industry from 2011 to 2018 and in her first year in the Senate fought to stop the Army from shifting funds away from a General Dynamics-built communications network that a government watchdog has dinged for cost overruns and performance deficiencies.”

Warren recently released a policy plan targeting the same defense contractors she went to bat for, calling the industry “corrupt.”

Warren has routinely gone to bat for defense contractors on specific programs, including “a reprogramming request that was blocked by the congressional defense panels following a lobbying campaign orchestrated by General Dynamics.”

Additionally, she fought on behalf of a General Dynamics radio program that the Pentagon’s chief weapons tester found “not operationally suitable.”

During her 2012 Senate run, Warren sought out a private phone call with Raytheon’s CEO to privately build a bridge with the company.