Elizabeth Warren's Dodges on Medicare for All Undermine Her Image 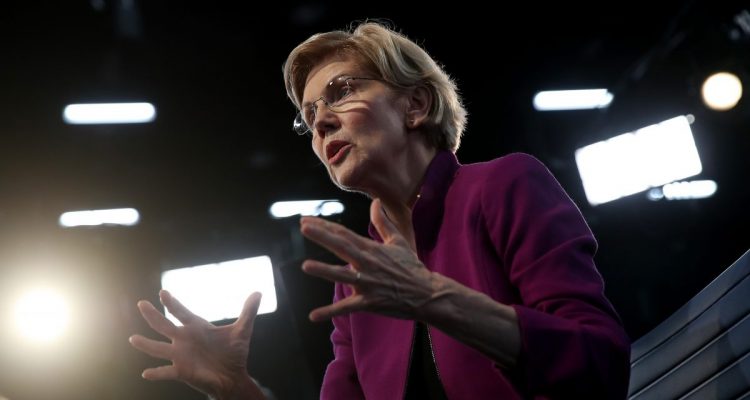 The Atlantic today published a piece exploring the risks of Elizabeth Warren continuing to dodge basic questions about Medicare for All, which undermines her carefully crafted image as a policy expert.

The article contains an exchange with two Warren surrogates who are unable to put meaning behind rhetoric Warren uses to describe who would be paying for her plans and who would receive the benefits. While Warren staffers are unconcerned with the candidate’s lack of candor with voters, her Democratic rivals are more willing to identify where they feel Warren is not being honest.

Warren spent fifteen minutes refusing to give a straight answer on raising middle-class taxes following the debate. Here are some highlights.

The Risk of Elizabeth Warren’s Dodging

WESTERVILLE, Ohio—Elizabeth Warren has a lot of plans—including a plan not to cop to how she would pay for Medicare for all.

It’s a simple answer. Everyone knows it: Taxes would almost certainly have to go up on middle-class families, even if Warren is right that their overall costs would go down. She knows it, too. She’s just decided not to say it.

That decision is bigger for her candidacy than a conversation about health care or the tax code. On the campaign trail, the Massachusetts senator has presented herself as the truth-teller, the straight-talker, the one who can break down complex economic ideas and bring non-progressives along. Now, just as she’s started to get the attention from competitors and the press that comes from leading public polls, she’s insisting on talking in circles. In politics, there’s little more dangerous than moments that undermine a candidate’s core image—even the parody of Warren on Saturday Night Live, from the actress Kate McKinnon, is centered on her brutally telling like it is.

Warren has been doing a dance on Medicare for All for a long time now. When she was first running for Senate in 2012, she didn’t support the idea. Then, in 2017, she signed onto the bill written by Senator Bernie Sanders of Vermont. Then, after declaring her presidential candidacy late last year, she ducked questions about her position for months. Finally, onstage for the first debate in Miami in June, she quickly ended the suspense by saying she supports the proposal, vaporizing the wedge that Sanders supporters were preparing to drive between them. Yet as her campaign has issued plans on all sorts of smaller policy matters, they’ve offered little on how she’d pull off the biggest structural change of all the big, structural changes she’s proposing.