Elizabeth Warren’s Medicare for All Flop Continues to Worsen 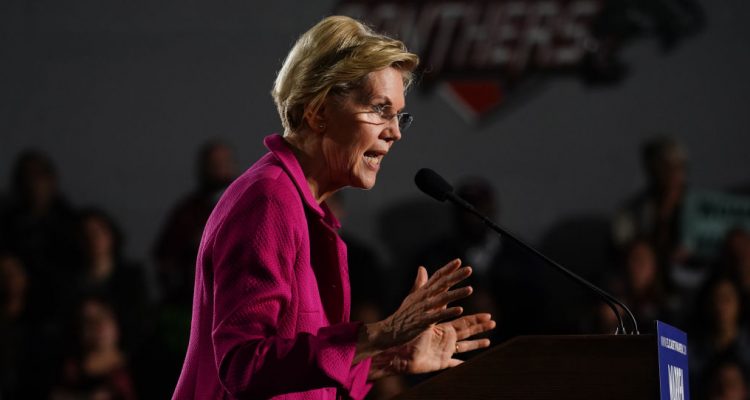 As the next Democratic primary debate approaches, Elizabeth Warren still hasn’t recovered from the barrage of attacks she received for supporting Medicare for All.

According to The Associated Press, Warren continues to move the goal posts on the issue. She went from proclaiming “I’m with Bernie” on implementing Medicare for All immediately, to proposing a transition plan that wouldn’t even begin for at least three years. And at a recent campaign event, she even seemed open to changing the name of her proposal.

“Even entertaining a name change seemed to mark yet another shift for Warren, who first co-sponsored Medicare for All in 2017, but began pivoting away from the proposal after experts questioned the plan she released in October to pay for it without raising middle-class taxes. She subsequently released a “transition plan” promising to get Medicare for All approved by Congress by the end of her third year as president while relying on existing insurance plans, including those established by Obamacare, to expand health coverage in the interim.”

For someone who pitches themselves to voters as the “ideas candidate,” Warren’s collapse on Medicare for All and her subsequent capitulation has dealt a significant blow to her credibility. Her rivals haven’t shied away from pointing that out.

“Warren’s Democratic critics suggest her evolution on the issue has stalled her momentum because it goes beyond a policy dispute and raises broader questions about what may be the most important personal quality in politics: authenticity.”

A diminished Elizabeth Warren also opens a window of opportunity for Bernie Sanders to reclaim the liberal lane on Thursday night. They’re on what The New York Times described today as a “collision course that neither seem to want to acknowledge.”