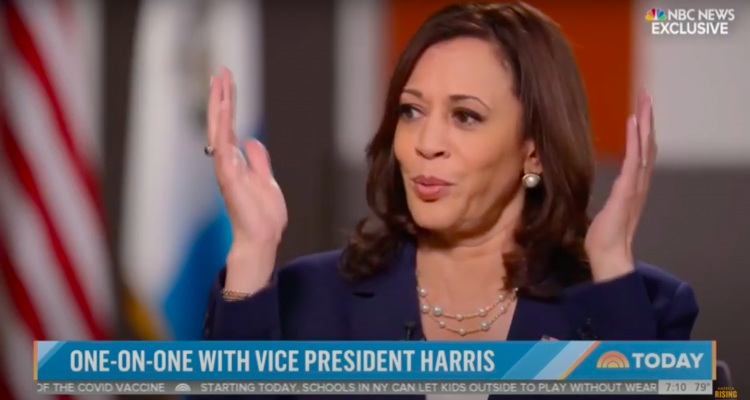 When asked by NBC’s Lester Holt why she has yet to personally visit the border, Kamala Harris laughingly said, “And I haven’t been to Europe. And I mean, I don’t understand the point that you’re making.”

President Joe Biden put Kamala Harris in charge of the federal government’s border response in late March. Since then, the vice president has repeatedly laughed off any plans of visiting the border to witness the crisis that she’s supposed to be addressing.

Throughout her 76 days as border crisis manager, the situation at the border has only gotten worse.

Axios: “The number of migrants illegally crossing the U.S.-Mexico border this fiscal year is already the most since 2006 — with four months left to go, according to preliminary Customs and Border Protection (CBP) data obtained by Axios.”

The Washington Post: “U.S. agents took more than 111,000 single adult migrants into custody in April, the highest total in more than a decade, and the number increased again in May, according to preliminary enforcement data.”

Whitney Robertson, Deputy Press Secretary at America Rising PAC: “Watching Kamala Harris throw up her hands and laughingly dismiss questions about her plans to visit the border should tell Americans everything they need to know about this administration’s priorities. Law enforcement officials in border communities are stretched to their limit and begging the federal government for help while Joe Biden and Kamala Harris bury their heads in the sand.”