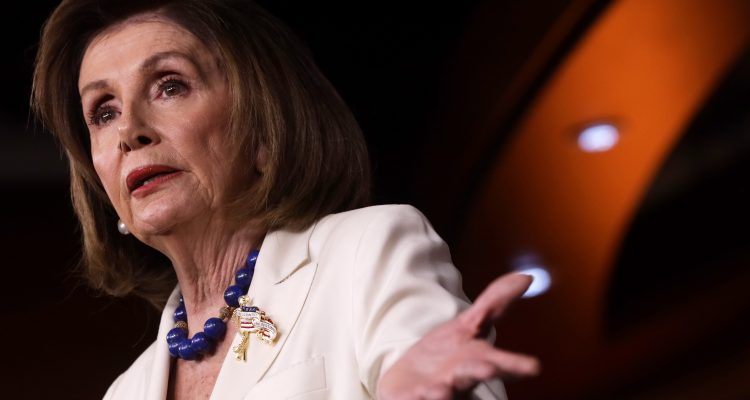 House Democrats are taking a victory lap now that they’ve finally passed the Biden-Harris Administration’s multi-trillion dollar “Build Back Better” bill. But the massive social spending bill — which hikes taxes on the middle class while cutting taxes for wealthy Democrat donors — isn’t anything to write home about, and some of the endangered members know it.

Several moderate House Democrats have acknowledged that “Build Back Better” is flawed, but rather than doing their job and fixing it, they’re hiding behind the Senate to clean up their mess.

Rep. Elissa Slotkin: “I’ve always believed in taking the time to read the legislation that I vote on, and my team and I have spent the past few weeks thoroughly reviewing the details of the bill. It’s not perfect — and there are things I would have preferred to be taken out of the bill, and that I believe the Senate will now slim down. But coming from the national security world and years of international negotiations, I know that no one ever gets everything they want.”

Rep. Abigail Spanberger: “If done right, the Build Back Better Act can truly level the playing field for America’s working families and seniors. However, this bill is not the final version of this legislation. As we work to get a final bill to the President’s desk, I will be working with Members of the U.S. Senate to improve this legislation — including adding necessary language to tackle the crisis at our southern border, assessing the bill’s financial impacts on everyday families and our overall economy, and ensuring the final Build Back Better Act can deliver results directly to the people of Central Virginia.”

Rep. Stephanie Murphy: “While I continue to have reservations about the overall size of the legislation—and concerns about certain policy provisions that are extraneous or unwise—I believe there are too many badly-needed investments in this bill not to advance it in the legislative process. I will work with my Senate colleagues to improve this bill, and I hope to vote on—and enact—a more streamlined version of the bill once it returns from the Senate.”

Kristen Bennett, America Rising PAC Spokeswoman: “In the hopes of having something to talk about other than cratering poll numbers and skyrocketing inflation, House Democrats passed a multi-trillion dollar liberal wish list. While the wealthy will receive a tax cut, Build Back Broke will be paid for on the backs of middle class Americans proving that ‘tax the rich’ only applies to slogans at the Met Gala, not actual governing.”